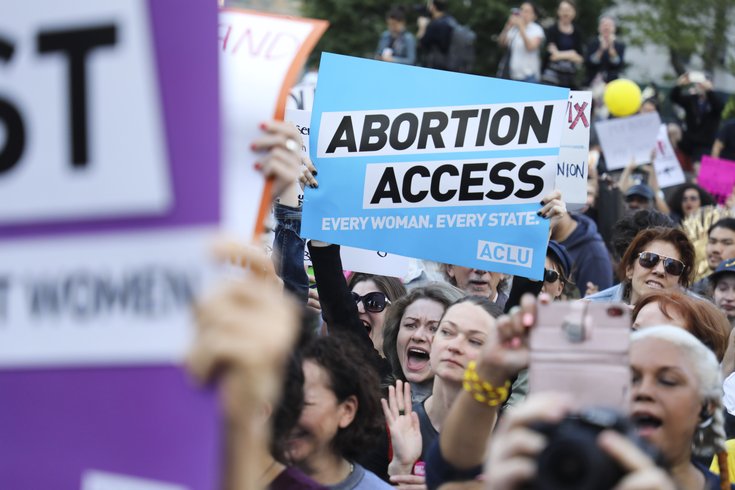 People protest during a rally calling for abortion rights at Foley Square in New York, the United States, May 21, 2019.

The annual abortion total in the United States continued a years-long decline in 2017, according to two reports released Wednesday by the Guttmacher Institute.

The Guttmacher Institute, a group that supports abortion rights, noted that 32 states enacted a combined 394 laws restricting abortion access between 2011 and 2017. But its analysis found that those restrictions were not the primary driver of the abortion decline.

Rather, the Guttmacher Institute pointed to a drop off in fertility rates, improved contraceptive use and increased attempts at self-managed abortions.

The reports include one detailing abortion incidence rates and accessbility. The second dug deeper into the impact of state abortion restrictions.

The total number of abortions have steadily fallen since peaking at 1.6 million in 1990, the Associated Press reported. There were 926,000 abortions in 2014, the last tally compiled by the Guttmacher Institute.

Abortions have declined throughout most of the United States – in states both controlled by Democrats and Republicans.

Since 2011, the abortion rate has only risen in five states – New Jersey, Georgia, Mississippi, North Carolina and Wyoming – and most of those increases have been marginal. Pennsylvania's rate has dropped by 13.1 percent.

Additionally, the number of abortion clinics – while lower than in 2011 – has ticked upward since 2014. But there are significant regional disparities. The number of clinics increased in the Northeast and West, but declined in the South and Midwest.

The Guttmacher Institute found no consistent relationship between the changes in total clinics and a state's respective abortion rate.

Since 2011, the abortion rate fell by at least 27 percent in Arizona, Arkansas and Texas – all among the states that enacted the most abortion restrictions between 2011 and 2017. By contrast, Kansas saw only a small reduction despite enacting the second-most restrictions.

Additionally, other states like California, Colorado and Washington, saw subtantial declines despite not enacting any abortion restrictions.

Instead, a decline in pregnancies over the last decade appears to be a significant factor, according to the Guttmacher Institute. Annual births have dropped by 98,000 and annual abortions by 196,000 since 2011 – trends that could be reflective of increased birth control access.

Since the Affordable Care Act took effect, most private health insurance plans must cover birth control without charging out-of-pocket costs. The proportion of uninsured women between ages 15 and 44 dropped 40 percent between 2013 and 2017.

A drop off in sexual activity, as evidenced by several studies, and infertility may be playing small roles in declining abortion rates, the Guttmacher Institute noted.