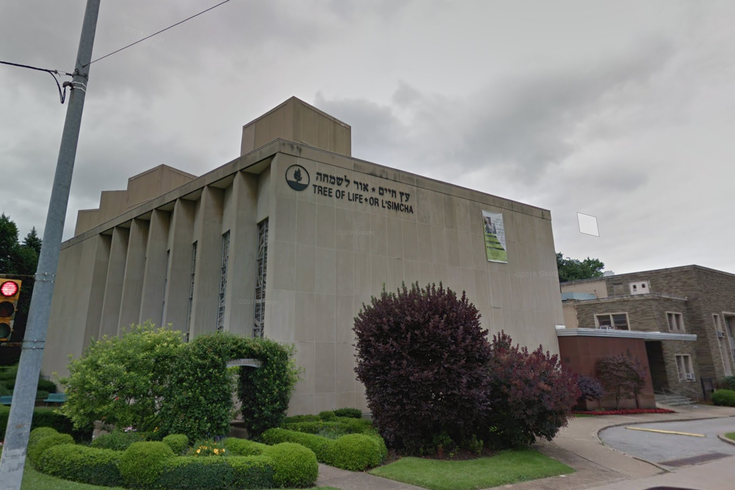 The view of the Tree of Life Synagogue from the intersection of Shady Avenue and Wilkins Avenue.

At least eight people are reported dead and others are injured after a shooting at a synagogue in Pittsburgh on Saturday morning.

A suspect reportedly surrendered to a SWAT team on the scene.

The shooting took place at the Tree of Life Synagogue in Pittsburgh’s Squirrel Hill neighborhood, a residential, predominantly Jewish neighborhood. The synagogue itself is located across the street from The Children's Institute, an organization which offers on-site treatment for children with special needs.

You can watch full coverage from CBS News here:

The synagogue is believed to have been full for a Saturday service, and people were reportedly barricaded inside the synagogue, according to KDKA.

When police officers arrived on the scene, the gunman reportedly opened fire on the officers, and three were shot.

Some politician reactions from Twitter, including Tom Wolf, who announced on Twitter he's going to travel to Pittsburgh this afternoon:

I’m closely monitoring the situation in Squirrel Hill. I’m praying for all those impacted and thankful to our law enforcement officers who responded. Our state and nation will stand with the Tree of Life Synagogue along with the entire Pittsburgh community.

Synagogues & places of worship are safe havens where communities come together to celebrate, pray, & reflect. The horrific events that transpired at Tree of Life Synagogue are heartbreaking. I'm monitoring the situation. My prayers are w/ the victims, their families, & friends.

We are still learning details about the shooting at the Tree of Life Synagogue in Pittsburgh but it is a serious situation. @PAStatePolice are assisting local first responders. Please stay away from the area and keep the congregants and law enforcement in your prayers.

And here's video of a police briefing to the press from the scene:

This is a developing story. We’ll update with more information as it becomes available.