Aerosols are a bigger coronavirus threat than WHO guidelines suggest 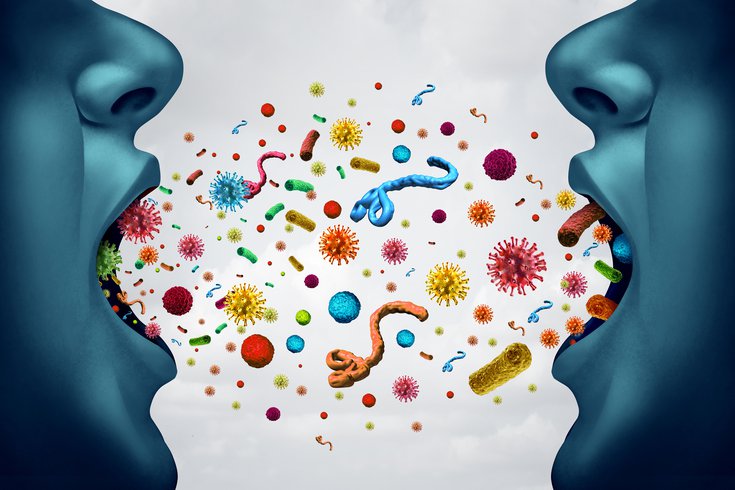 More than 200 scientists are urging the World Health Organization to recognize the threat of airborne transmission of the coronavirus.

When someone coughs, talks or even breathes, they send tiny respiratory droplets into the surrounding air. The smallest of these droplets can float for hours, and there is strong evidence that they can carry live coronavirus if the person is infected.

The risk from these aerosols isn’t currently incorporated into the World Health Organization’s formal guidance for nations, though. The WHO suggests that the coronavirus is primarily transmitted by coughing or sneezing large droplets into someone’s face, not a longer-term threat that can be floating in the air.

After pressure from scientists, that may soon change.

This week, more than 200 scientists published an open letter to the WHO warning about airborne transmission of COVID-19 via aerosols and urging the organization to recognize the risks. The WHO has since acknowledged growing evidence of airborne spread of the disease, but it has not yet changed its advice to protect people from contracting COVID-19 from aerosols.

As professors who study fluid dynamics and aerosols, we believe it is important for people to understand the risks and what they can do to protect themselves.

What is an aerosol and how does it spread?

Aerosols are particles that are suspended in the air. When humans breathe, talk, sing, cough or sneeze, the emitted respiratory droplets mix in the surrounding air and form an aerosol. Because larger droplets quickly fall to the ground, respiratory aerosols are often described as being made up of smaller droplets that are less than 5 microns, or about one tenth the width of a human hair.

In general, droplets form as a sheet of liquid breaks apart. You’ve probably experienced this phenomenon by blowing soap bubbles. Sometimes the bubble doesn’t fully form, but instead breaks apart into many droplets.

Similarly, in humans, small sheets and strands of liquid – mucus – often stretch across portions of the airway. This most often occurs in locations where the airway opens and closes again and again. That happens deep within the lungs as the bronchioles and alveolar sacs expand and contract during breathing, within the larynx as the vocal folds vibrate during speech, or at the mouth, as the tongue and lips move while talking. The airflow produced by breathing, speaking and coughing breaks apart these sheets of mucus, just like blowing the soap bubble.

The size of the droplets varies based on how and where they are produced within the airway. While coughing generates the largest quantity of droplets, research has shown that just two to three minutes of talking can produce as many droplets as one cough.

Droplets that are smaller than 5 microns can remain suspended in the air for many minutes to hours because the effect of air drag relative to gravity is large. In addition, the water content of virus-carrying droplets evaporates while they are airborne, decreasing their size. Even if most of the fluid evaporates from a virus-laden droplet, the droplet does not disappear; it just becomes smaller, and the smaller the droplet, the longer it will stay suspended in the air. Because smaller diameter droplets are more efficient at penetrating deep into the pulmonary system, they also pose a much greater infection risk.

The WHO guidelines suggested that the virus RNA found in small droplets wasn’t viable in most circumstances. However, early research on the SARS-CoV-2 virus has shown that it is viable as an aerosol for up to 3 hours.

Do masks protect from aerosol transmission?

Face coverings and masks are absolutely necessary for protection against aerosol transmission. They serve a twofold purpose.

First, they filter the air expelled by an individual, capturing respiratory droplets and thereby reducing the exposure risk for others. This is particularly important as they are most effective at capturing larger droplets that are more likely to have larger quantities of viruses encapsulated within them. This prevents the larger droplets from directly affecting someone, or evaporating down to a smaller size and circulating in the air.

They also reduce the speed of the puff of air that is produced when sneezing, coughing or talking. Decreasing the velocity of the expelled air reduces the distance that droplets are initially transported into the person’s surroundings.

It is important to realize, however, that the protection provided by masks and face coverings varies depending on the material they are constructed from and how well they fit. Nevertheless, wearing face coverings to decrease airborne exposure risk is critical.

Is staying 6 feet away enough to stay safe?

The recommendation to maintain a 6-foot separation is based on a study by W. F. Wells in 1934 that showed an expelled water droplet either falls to the ground, or evaporates, within a distance of roughly 2 meters, or 6 feet. The study did not, however, account for the fact that following evaporation of the water in a virus-laden droplet, the droplet nuclei remains, thereby still posing a risk of airborne infection.

Consequently, while staying 6 feet from other people reduces exposure, it might not be sufficient in all situations, such as in enclosed, poorly ventilated rooms.

How can I protect myself from aerosols indoors?

Strategies to mitigate airborne exposure are similar to strategies for staying dry when it’s raining. The longer you stay in the rain, and the harder it’s raining, the wetter you will get. Similarly, the more droplets you are exposed to, and the longer you stay in that environment, the higher the exposure risk. Mitigating risk is therefore based on decreasing both aerosol concentration levels and exposure time.

Aerosol concentrations can be reduced with increased ventilation, although recirculating the same air should be avoided unless the air can be effectively filtered prior to reuse. When possible, open doors and windows to increase fresh air flow.

Decreasing the number of emission sources – people – within a space, and ensuring that face coverings are worn at all times can further decrease concentration levels.

Methods of deactivating the virus, such as germicidal ultraviolet light, can also be used.

Finally, reducing the amount of time you spend in poorly ventilated, crowded areas is a good way to reduce airborne exposure risk.

Amir Mofakham, a research associate in mechanical engineering at Clarkson University, contributed to this article.