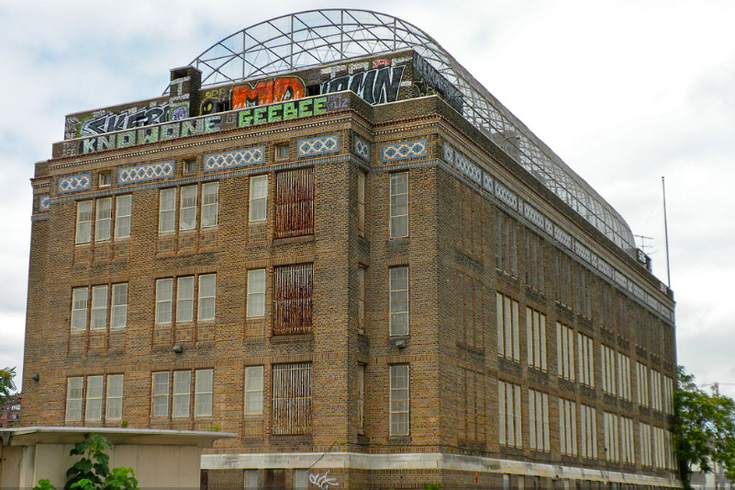 Spring Garden School at 12th and Ogden Streets in North Philadelphia, prior to redevelopment.

This Veterans Day Philadelphia gained new affordable housing units, 12 apartments specifically allocated for members of the armed forces, in the building that once housed the Spring Garden School.

With the array of new apartment developments hitting the city, including 1,000 luxury apartments in a South Philly lot and new waterfront apartment buildings, some projects have raised concern over the lack of affordable options to be built as well, especially as Philadelphia’s need for more apartments is expected to reach 38,000 in the next decade.

In 2016 the Philadelphia Housing Authority and HELP USA partnered to begin a conversion project at the defunct Spring Garden School, undergoing a $13.7 million venture to create affordable homes for 37 veterans and individuals aged 55 or older.

HELP USA has been one of the recent beneficiaries of TD Bank's Bring Change initiative, which raises money for non-profit organizations throughout the region.

Curbed reported that in addition to the 12 housing units specifically for veterans, other units will be filled by individuals earning 60 percent below the area’s median income.

The building also includes a rooftop garden and playground, as well as on-site services from HELP USA for healthcare, counseling, and employment opportunities.

Work on the units began last year after the building sat vacant for more than 40 years.

It’s home on North Broad Street is now surrounded by similar renovation and adaptive reuse projects, including the Aloft Hotel, the Mural Lofts, the Philadelphia Metropolitan Opera House, and the Divine Lorraine Hotel, among many, many others.