In afterglow of DNC, a hotel bar brims with Clinton confidence

Pennsylvania supporters – including some Pittsburgh heavies – celebrated late into the morning, knowing there is work to be done 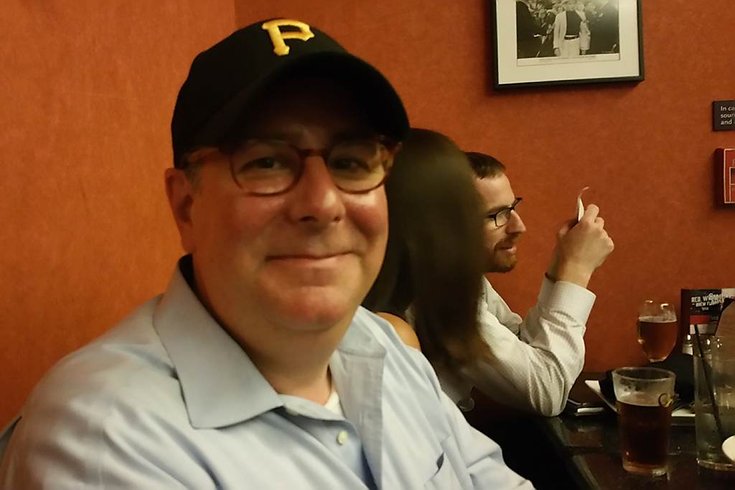 Pittsburgh Mayor Bill Peduto was doing some post-convention celebrating early Friday morning in the bar at the DoubleTree hotel in Center City. “People have a lot of concerns and a lot of fear about what the future is going to bring,” he said. “The question is how you address it. Do you address it as an isolationist policy, trying to find someone to blame that isn’t like us, or do you embrace it by trying to find ways to create new partnerships?"

They drifted into the DoubleTree by Hilton Hotel early Friday morning filling the lobby. They were like a team coming off the field after a big victory, holding aloft signs emblazoned with “Hillary,” “Stronger,” “History” and “Together.”

Outside, Broad Street was bristling, lit up like a race strip with police cruisers, limos and security vehicles flashing up and down the street. Inside, Democratic Party delegates from Pennsylvania, Louisiana and South Carolina, who were staying at the hotel, were dialing down from the four days of the Democratic National Convention that had just convened an hour ago with presidential nominee Hillary Clinton’s acceptance speech.

It didn’t take long for a voice to rise above the din at the Standing Bar and Bistro, inside the hotel, to yell out, “Someone get me another damned beer.”

At this festive, post-convention occasion – a victory party before the victory party – Hall of Fame football player and Pennsylvania delegate Franco Harris happily greeted people in the DoubleTree lobby, allowing selfies and photos. In the corner of the packed bar was Pittsburgh mayor Bill Peduto, tucked under a Pirates’ cap, and not his Pittsburgh Penguins’ cap adorned with the four Stanley Cup insignias, a conscious decision to avoid being mugged in the Wells Fargo Center, he joked.

Just a few blocks down Broad Street at the Kimmel Center, Clinton was greeting and glad-handing “friends of the campaign” and high-level politicians whose influence will no doubt be key to her efforts to take history for another spin as the first woman president of the United States.

At the DoubleTree, as they kicked back for the moment with alcoholic beverages, Clinton supporters were feeling confident their captain would trounce Republican presidential nominee Donald Trump in November.

Aliquippa mayor Dwan Walker, who looks younger than his 41 years, supports Clinton based on her vast government experience, as first lady, U.S. senator and secretary of state. Clinton knows all the moving pieces of government and her vast web of supporters throughout the country should have no problems helping Clinton make history, Walker stressed.

“She’s the most qualified and if you’ve been a part of something for that long, it makes her the best candidate for the job,” Walker said. “Among the Pennsylvania delegates ... Sanders supporters will need to put aside their true feelings and realize this election [is] between a demigod, Donald Trump, and Hillary Clinton, who knows what she’s doing. Everyone is ready to get to work. We have 102 days to get to the election. This is just a respite from the hard work ahead. Let’s get this thing started.”

Harold Mitchell, a South Carolina delegate, said the whole week has been a nice, jovial milieu. There hasn’t been much push-back from the Sanders supporters, at least at the DoubleTree, which had two hulking security guards out front just in case. But the 2 a.m. crowd in the hotel bar, which was still serving drinks thanks to relaxed rules during the convention, appeared to be in their 30s-and-up and political veterans. That in contrast to the majority of youthful Sanders supporters who attempted one last gasp Thursday night to be heard during Clinton’s speech.

“This is democracy at work and you saw on the news how contentious the Bernie crowd was, but look around in here, everyone enjoying themselves, everyone supporting Hillary,” Mitchell said. “I have a little different take on the Bernie Sanders backers. I think it was a help to the campaign and during the week. Iron sharpens iron. Bernie and his people made Hillary better, and Hillary made Bernie better.

“They forced each other to see things their way and compromises were made. The fire that he brought with his campaign is something we can use as an example and move forward with," he said. "Once Bernie threw his support behind Secretary Clinton that helped us a lot. If he didn’t, I don’t think you’d see these people partying and having a good time in here. This week was a victory. There are folks out here that still have to come together. We have a lot of work to do.”

A PITTSBURGH PARTY IN PHILLY

The group having the best time was Peduto, mayor of the second-largest city in Pennsylvania since 2014, and his happy, friendly crowd. They were approachable, garrulous, and welcomed anyone within their vicinity to join in the fun. It was like a Steelers’ tailgate — sans the black-and-yellow jerseys, backed-up cars, bean-bag toss games and barbecue grills.

Peduto and his gang were loading up on trays of Amstel Light and though they sat in a corner, they appeared to be the hub of a room confident about Clinton's chances. He was more than willing to discuss the week's events and look ahead.

“I hope Hillary strengthened the opinion of others, because I was already on board,” said Peduto, 51, who despite his allegiance to the dreaded Penguins, the Flyers’ archrivals, has a demeanor that would be at home in many a South Philly neighborhood. “What I was kind of worried about coming in, were the fissures within the party. There was a lot of effort to get the Sanders people back on board. All through the week, there was a steady progression of how we have to work together. 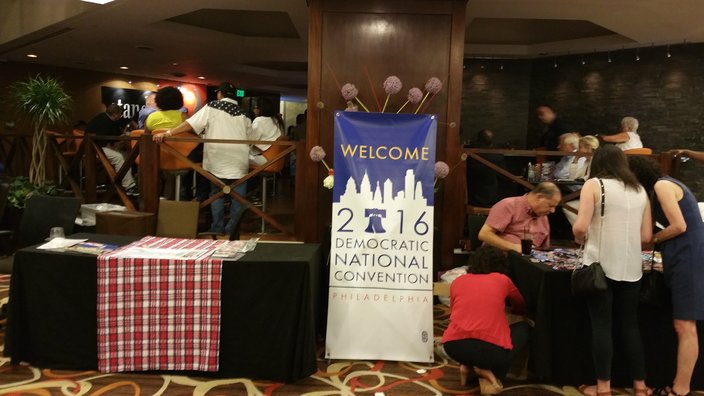 The scene early Friday morning at the Standing Bar and Bistro at the DoubleTree hotel in Center City, where Hillary Clinton supporters basked in the glow of her acceptance speech. The bar was still serving at 2 a.m. as patrons enjoyed extended convention hours.

“We have real problems in this country that are solvable. You have to have good leadership to solve them. Pittsburgh is heavily Democrat. There hasn’t been a Republican elected in the city of Pittsburgh since the 1930s. Our city will be a stronghold for Hillary, but that doesn’t mean all of western Pennsylvania will be," he said. "There has to plurality that comes from the city of Pittsburgh and throughout Allegheny County that will be significant enough to make up for potentially other counties that will vote for Trump.”

'PEOPLE HAVE A LOT OF CONCERNS'

Pittsburgh is a traditional, blue-collar city hit by horrific unemployment in the 1980s and 1990s, higher than during the Great Depression, Peduto pointed out. Though Pittsburgh has rebounded, it doesn’t mean all of southwest Pennsylvania has rebounded.

They are voters looking for anything, and anything could be what Trump is promising.

“People have a lot of concerns and a lot of fear about what the future is going to bring,” Peduto said. “The question is how you address it. Do you address it as an isolationist policy, trying to find someone to blame that isn’t like us, or do you embrace it by trying to find ways to create new partnerships? Pittsburgh is the greatest example for how that works, because for the last 30 years, we had to keep reinventing ourselves. It’s the only reason why we survived, because we worked together. Labor worked with our community and government worked with our foundations and our hospitals, non-profits, our universities, and everyone rode together. The only reason why Pittsburgh was able to survive was moving forward together.”

Peduto said all politicians have image issues. He pointed out he receives negative comments on social media. Clinton hasn’t been exactly “fan-friendly.”

“If you show people respect on the other side, you may not win them over, but you don’t have the same amount of negativity about what you’re trying to promote and that’s a really good way for this campaign to move forward,” Peduto said.

Despite his sports-team proclivities, Peduto had nice things to say about his Philly counterpart.

"I really like Mayor Kenney. I just feel bad I didn’t get a chance to see him that much this week. But I saw in his face the stress of being able to host an event like this," he said. "I can’t wait to write him a congratulatory note when I get back home of what a great job Philadelphia did. They made everybody, even the Pittsburghers, feel welcome. He did a tremendous job.”

With that, the Peduto table laughed some more and ordered another round, especially “for the Pittsburgh guys.”