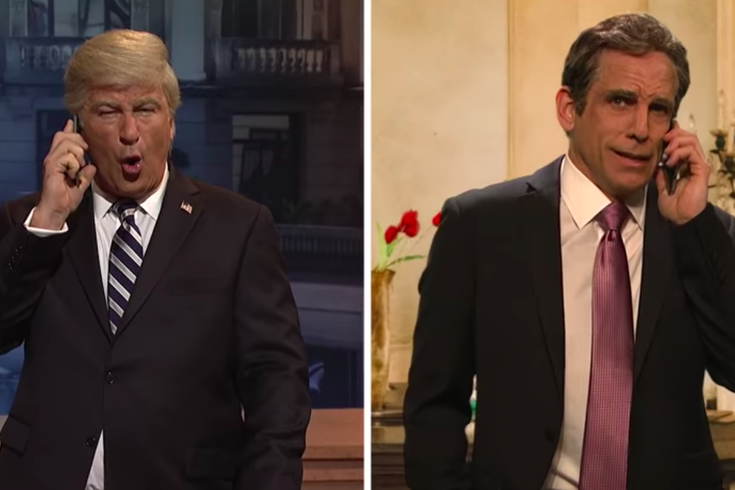 Alec Baldwin and Ben Stiller returned to the show on Dec. 1 to portray President Trump and Michael Cohen.

Alec Baldwin and Ben Stiller returned to "Saturday Night Live" on Dec. 1 to portray Donald Trump and his ex-lawyer, Michael Cohen during the cold open.

The sketch is set at the Group of 20 summit in Argentina, where President Trump calls Cohen on the phone because he's getting nervous about the Mueller investigation.

“I keep having this nightmare where I’m walking through a forest of blood,” Baldwin said.

Melania Trump (Cecily Strong) joins him on the balcony and replies, “No, no, that was just my Christmas decorations.”

Cohen unexpectedly appeared in court earlier this week and pleaded guilty to lying to Congress during his testimony before the U.S. Senate Select Committee on Intelligence. The guilty plea reportedly involves cooperation with Mueller's investigation into Russian interference in the 2016 election.

"I'm sad you're going to prison, Michael. You were like a son to me," Baldwin said.

"Then why did you make me do so much illegal stuff?" Stiller said.

"Because you were like a son to me," he replies.

At one point, Baldwin poked fun at the incident.

"God, I haven't been this upset since I flipped out over that parking space," he said.