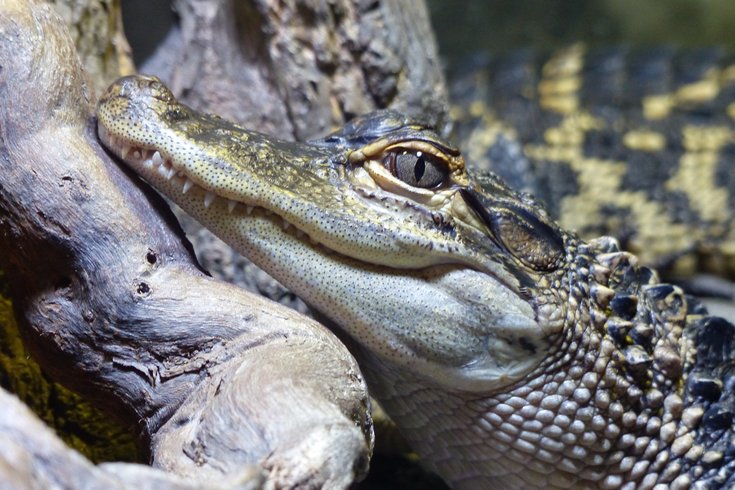 Here's a picture of a smiling alligator.

The Mullica Township Police Department is warning residents to be cautious with their small pets: an alligator has been on the loose since 4:45 p.m. Tuesday.

The alligator is believed to be three to four feet long, according to a post from the police department’s Facebook page that has been shared more than 2,000 times:

The gator — at least, it’s believed to be the same one — was caught on video by one intrepid Mullica resident on Wednesday afternoon in the Devonshire area of the township:

Here is original video Kathy from Mullica TWP, NJ took of an alligator on the loose Tuesday in #SouthJersey #wildlife #WildlifeWednesday pic.twitter.com/qEi4gisgxp

Not your normal backyard wildlife, that's for sure.

As of 3:50 p.m. Thursday afternoon, the police department told the Press of Atlantic City, the animal has still not been located.