'Elf,' 'It’s a Wonderful Life' among classics available on the streaming platform 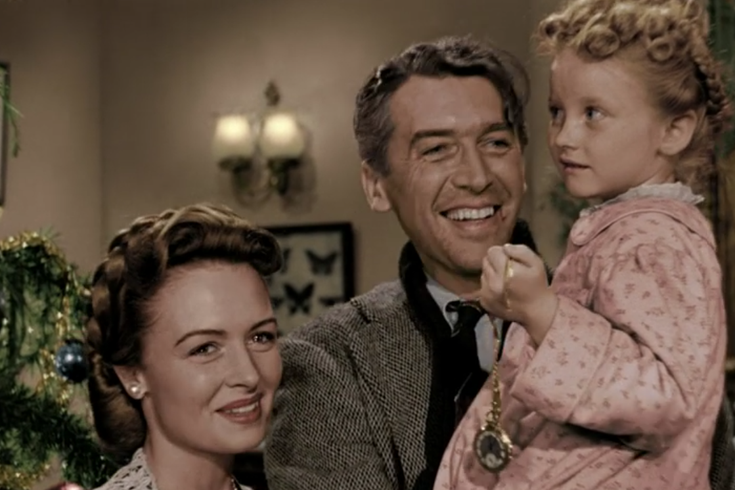 Starring Jimmy Stewart as George Bailey and directed by Frank Capra, "It's a Wonderful Life" was nominated for five Academy Awards in 1946.

The holiday season is here, which means it’s that time of the year for binge-watching Christmas movies to get into the festive spirit.

The most popular holiday films can be found on a variety of streaming services. With these guides, we're here to help you figure out which movies are available on which platforms.

If you’re scrolling through Amazon Prime Video and looking for Christmas movies, there are five classic holiday films to watch.

Since its release in 2003, “Elf” has become one of the most beloved Christmas movies of all-time. Will Ferrell plays the role of Buddy the Elf, a human raised by elves at the North Pole after crawling into Santa’s bag on Christmas Eve as a baby.

Directed by Jon Favreau, the film tells the story of Buddy seeking to find his real family in New York City and spreading Christmas cheer to all.

There may be no more iconic holiday movie in film history than “It’s a Wonderful Life.” Released in 1946, the film tells the story of George Bailey, a man of the people who constantly puts the wants and needs of others ahead of his own.

He's willing to put off his own dreams for the wellbeing of others, but Bailey reaches a point where he wishes he were never born. With the help of a guardian angel named Clarence, Bailey sees just how much of an impact he’s had on the lives of others.

Starring James Stewart as Bailey and directed by Frank Capra, the film was nominated for five Academy Awards in 1946.

When it comes to being obnoxious during the holiday season, “National Lampoon’s Christmas Vacation” takes the cake.

Released in 1989, the film tells the story of Clark Griswold seeking to have the perfect family Christmas, only to have all kinds of buffoonery come up. If you’re looking to laugh out loud, this is the perfect film.

The movie stars Chevy Chase as Griswold, as well as Beverly D’Angelo and Randy Quaid. John Hughes, who wrote and produced the “Home Alone” films, is the writer and a co-producer of “Christmas Vacation.”

It’s impossible to come away from watching “The Polar Express” and not feel excited about the Christmas season.

The 2004 animated film is an adaptation of the holiday children’s book with the same name. It tells the story of a young boy's journey on Christmas Eve to the North Pole on a train and his realization that there is no age limit to believing in Santa Claus.

If you’re a sucker for a good romantic comedy during the holidays, look no further than “Love Actually."

The film, which came out in 2003, tells the story of love during the Christmas season and how a series of relationships are intertwined and connected.

The movie earned a pair of Golden Globe nominations and has a stacked cast of stars. Hugh Grant, Liam Neeson, Colin Firth, Emma Thompson, Alan Rickman, Rowan Atkinson and Kiera Knightley all star in the film.


A full listing of holiday movies and shows on Amazon Prime can be found online. Some of these holiday movies also will be screened at the PFS Drive-In Theater in Philadelphia.