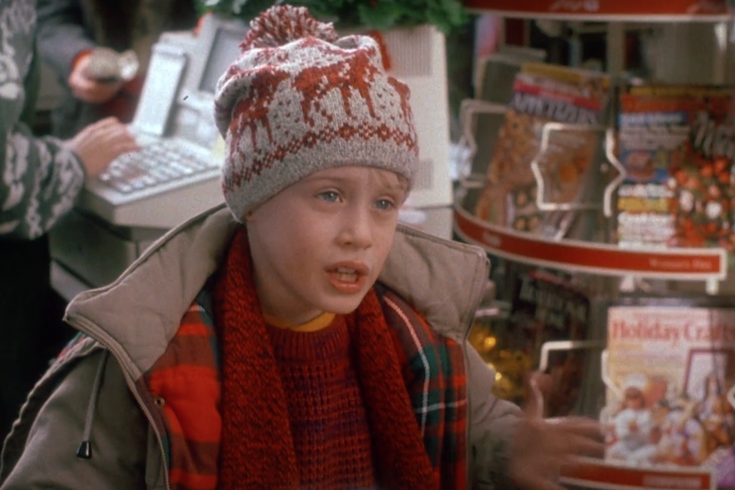 The holiday season is officially here, which means it’s that time of the year for binge-watching Christmas movies to get into the spirit.

The most popular holiday films can be found on a variety of streaming services, so to help you figure out which movies are on which platforms, we’ve found some of the best Christmas movies available to stream to help you get started with your binge-watching.

If you’re scrolling through Disney Plus and looking for Christmas movies, here are five holiday films to watch this season.

The original two “Home Alone” films starring Macaulay Culkin as Kevin McAllister have become two of the most popular Christmas movies of all-time.

Written and produced by John Hughes and directed by Chris Columbus, the two films tell the story of Culkin’s character being accidentally left on his own by his family during the holidays and having to fend off a pair of criminals, the notorious Harry and Marv played by Joe Pesci and Daniel Stern.

While the first film takes place at the McAllister home outside of Chicago when Kevin gets left behind on a family Christmas vacation to Paris, the 1992 sequel is centered around New York City after Kevin heads to the Big Apple as his family goes to Miami.

The first installment, released in 1990, was the highest-grossing holiday film of all-time at $476.7 million until “The Grinch” surpassed it in 2018 at $511 million. It received four total Academy Award and Golden Globe Award nominations.

Catherine O’Hara and the late John Heard play the McAllister parents in the two movies. The first film includes an iconic appearance from the late John Candy, while Tim Curry and President Donald Trump are both part of the second film.

Other than serving as the voice for Buzz Lightyear in the “Toy Story” films, Tim Allen may be best known for his role as Scott Calvin in “The Santa Clause” movies.

The first film, released in 1994, tells the story of how Calvin turns into Santa Claus after the previous St. Nick falls from Calvin’s roof and dies on Christmas Eve. It also highlights the dynamic between Allen’s character and his son, Charlie, as Calvin’s ex-wife and her new husband seek to keep the former two apart.

The sequel, released in 2002, tells the story of Calvin needing to get married before Christmas Eve or risk losing his title as Santa Claus, as well as his quest to get his son Charlie off the naughty list and to rediscover the holiday magic.

When it comes to old-time Christmas movies, “Miracle on 34th Street” is easily among the all-time greats.

Released in 1947, the film tells the story of a man — named Kris Kringle and claiming to be the real Santa Claus — who is brought in by Macy’s to serve as its department store Santa and the impact he has on individuals whom he interacts with during the holiday season.

The film won three Academy Awards and received a fourth nomination in 1948. The original version has since been adapted several times into television shows and movies, most notably a feature film remake that was released in 1994.

But the original film is head and shoulders above the rest.


A full listing and catalog of movies and shows on Disney Plus can be found here.