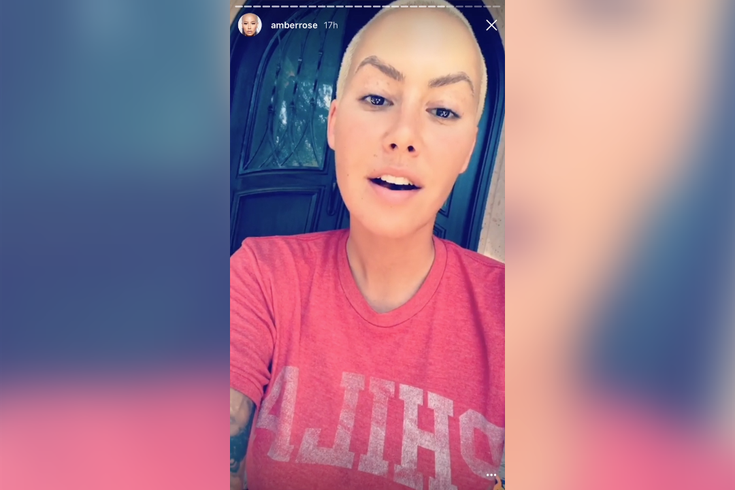 Celebrity and model Amber Rose is responding to an onslaught of criticism for saying that "a lot of the people where [she's] from aren't traditionally attractive" during a June interview with "Drink Champs," a weekly podcast hosted by rapper N.O.R.E. and record label executive DJ EFN.

Amber Rose, 33, who hails from South Philadelphia and famously dated Kanye West and married Wiz Khalifa, with whom she has a son, gave a two-and-a-half-hour explicit interview discussing everything from her love of hip-hop to what her life was like before entering celebrity status.

But at about 2:30 into the show, Rose suggests that being "blessed with beauty" was "difficult" and that she felt like she never "belonged" in the City of Brotherly Love.

"I grew up in a very poor neighborhood, and I don't know how to say this without sounding f***ed up, but, a lot of the people where I'm from aren't traditionally attractive people, and for me, being blessed with beauty, as beautiful women know, it's a blessing and a curse, and to grow up in such an area and be blessed with beauty, it was very difficult for me, and a lot of people used to be like, 'You ain't from South Philly, you're from California or something.' And I would be on the bus and they'd be like, 'Where are you from?' and I'd be like, 'I'm from Broad and Ellsworth.' And they're like, 'Nah you're not like, from there from there.' And I'm like, 'Yeah, I was born and raised at Broad and Ellsworth.'"

Well, her comments didn't exactly sit well with some listeners, who took to social media to defend South Philly's honor.

how does amber rose call herself a "feminist" & says she wants to empower women then turns around & calls women ugly pic.twitter.com/0AdjNfJNB8

amber rose saying a lot of philly chicks aren't attractive... idk who she's been bumping into, but i know TONS of pretty girls from the 215

Amber Rose banned from philly for saying that non-sense😭✌🏾

Torrei Hart, who grew up in North Philadelphia, slammed Rose for the comments on TMZ Thursday, saying that she "got it twisted" and urged her to "be more responsible with her word choices."

Rose apologized in a three-minute-long Instagram story in which she sported a "PHILA" T-shirt and called herself "just a cool a** Philly chick."

"I think that everyone is absolutely gorgeous and beautiful in their own way, and I am about body positivity and loving yourself, so I definitely didn't mean that in a really f***ed up way," she said. "And I know that it might have come across that way, but that wasn't my [intent]."