By Daniel Craig and Patricia Madej 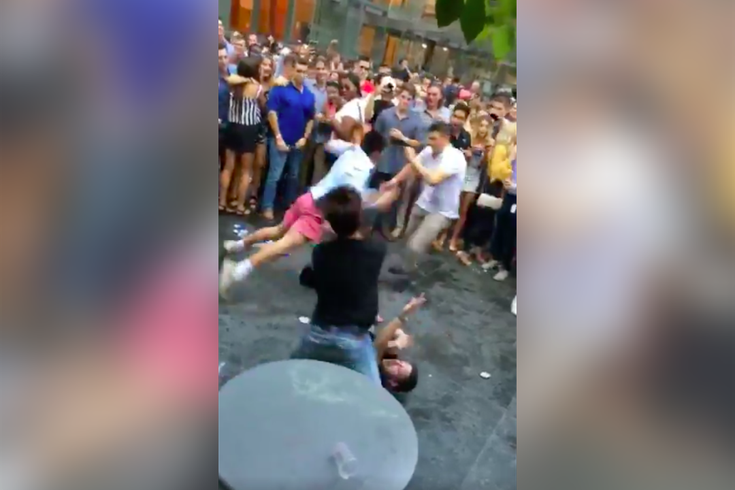 Videos on social media show a large fight breaking out Wednesday night in an outdoor plaza popular among patrons of Center City Sips, a weekly event offering deals at a number of downtown bars and restaurants.

The videos show at least four people engaging in fistfights while a large crowd watches outside the Comcast Center on the 1700 block of JFK Boulevard.

One week I don't attend Sips and this happens. My dude in the white the worst fighter I've ever seen. pic.twitter.com/c4G7ejdjfZ

Nothing like seeing a fight between human boatshoes at SIPS

Eric Neefe, 23, of Chestnut Hill, took one of the videos — originally posted to his Instagram story — that began circulating on Twitter late Wednesday evening. He said it took place around 7 p.m., and that bouncers eventually broke up the fight. Neefe estimated about six people were involved.

A representative of CCD was not immediately available for comment.

Correction: An earlier version of this story reported the location of the fight was outside a restaurant on the 2000 block of Market Street. The story has been updated to show the incident took place outside CHOPS Restaurant and Bar at 1700 JFK Blvd.