Cigarette smoking at lowest level in 55 years, but more adults are vaping 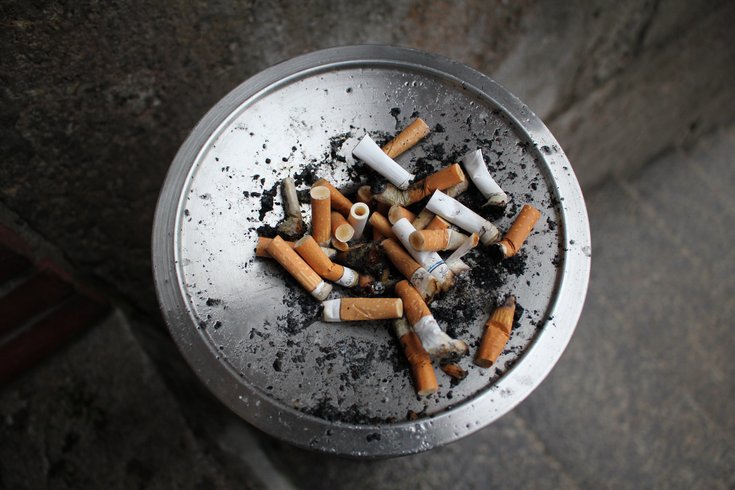 The percentage of U.S. adults who smoke cigarettes has fallen to its lowest figure since the 1960s, according to the U.S. Centers for Disease Control and Prevention.

The percentage of U.S. adults who smoke cigarettes has sunk to the lowest level since federal health officials began warning about the dangers of smoking in the 1960s. But health officials remain concerned about the rising popularity of e-cigarettes.

About 13.7% of adults were current cigarette smokers in 2018, according to a report released Thursday by the U.S. Centers for Disease Control and Prevention, which analyzed data from the 2018 National Health Interview Survey.

Additionally, the percentages of smokers attempting to quit continues to tick upward. The quit ratio – defined as the percentage of adults who have smoked at least 100 cigarettes in their lifetimes but no longer smoke – jumped to 61.7% in 2018. That's up from 51.7% in 2009.

"This marked decline in cigarette smoking is the achievement of a consistent and coordinated effort by the public health community and our many partners," CDC Director Dr. Robert R. Redfield said in a statement. "Yet, our work is far from over."

Smoking causes more than 480,000 deaths each year in the United States, including 41,000 that result from exposure to secondhand smoke, according to the CDC.

An estimated 49.1 million U.S. adults – about 20% – still use some form of tobacco products. Health officials particularly are concerned by the increasing number of adults who use e-cigarettes.

That number could continue to rise in the coming years, as other studies have found teenagers to be vaping e-cigarettes at even higher rates. A previous CDC report found 20.8% of high school students used e-cigarettes in 2018.

Dr. Brett Giroir, acting U.S. Food and Drug Administration commissioner, called the sustained drops in cigarette smoking "encouraging." But he stressed the need for better public education, compliance and enforcement efforts in regard to youth e-cigarette use.

The Trump Administration has  pledged to temporarily remove flavored e-cigarette products from the market until the products gain FDA approval.

"We remain dedicated to keeping pace with the evolving tobacco product landscape to ensure strong regulatory oversight in light of the increases in youth use of e-cigarette products in the U.S.," Giroir said in a statement.

The CDC continues to investigate a surge in lung illnesses tied to e-cigarettes and vaping products, including those containing THC, the psychoactive compound in marijuana. As of Thursday, there have been 2,172 confirmed and probable vaping-related lung injuries. There have been 42 deaths confirmed in 24 states, including Pennsylvania and New Jersey.

Last week, CDC officials said vitamin E acetate may have caused some of the injuries, but they stressed that there could be multiple components causing lung harm.