Six people have died of lung illnesses tied to vaping 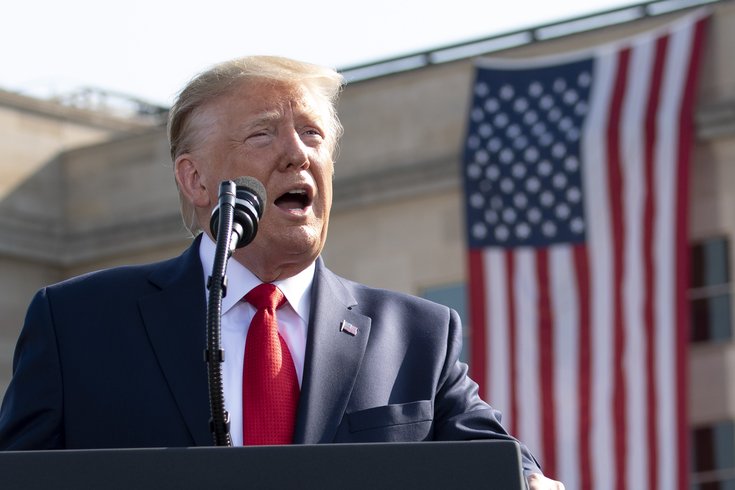 The Trump administration will ban flavored e-cigarettes as federal health officials continue to investigate hundreds of lung illnesses tied to vaping, according to news reports.

"Vaping has become a very big business, as I understand it, a giant business in a very short period of time," Trump said at a news conference. "But we can't allow people to get sick and we can't have our youth get so affected. ... People are dying with vaping, so we're looking at it very, very closely."

It will take the U.S. Food and Drug Administration several weeks to develop e-cigarette guidelines, Azar said. Once announced, those regulations will require all flavored e-cigarettes, including mint and menthol, to be removed from the market within 30 days.

Tobacco-flavored vapes will remain on the market, but manufacturers will need to file for FDA approval by May 2020, Azar said. Manufacturers also could seek FDA approval to reintroduce flavored products.

Azar said the Obama administration allowed e-cigarettes to hit the market without FDA approval in hopes that adults addicted to traditional cigarettes would transition to a product viewed at the time as less harmful.

But he said flavored e-cigarettes have become popular with teenagers despite the FDA's attempts to restrict access.

More than 4.9 million American youth used tobacco products last year, with vaping the most popular form, according to the CDC. About 20 percent of high school students vaped in 2018.

"A lot of people think vaping is wonderful, it's great," Trump said. "It's really not wonderful. ... We have to find out the extent of the problem. It's so new, but we're going to find out."

The U.S. Centers for Disease Control and Prevention is investigating at least 450 cases of severe lung disease tied to vaping e-cigarettes and similar products containing tetrahydrocannabinol, or THC.

Those cases stem from 33 states and have resulted in six deaths. Many of them involve people who have reported vaping THC, but others have vaped nicotine or both.

No single vaping product has been tied to all of the illnesses, CDC officials said last week. They have not reached any conclusions regarding the causes of the illnesses.

I am deeply concerned about the growing epidemic of e-cigarette use in our children. We need to do all we can to protect the public from tobacco-related disease and death, and prevent e-cigarettes from becoming an on-ramp to nicotine addiction for a generation of youth. @HHSGov

As vaping has caught on with adolescents, the FDA has taken steps to curb that use. Last November, the FDA limited e-cigarette sales to brick-and-mortar stores that do not permit access to minors.

Its latest attempt came on Monday, when the FDA ordered Juul, one of the top e-cigarette manufacturers, to change the labeling and advertising on its vaping products within 15 days.

The company had claimed its products posed a lower health risk than traditional tobacco products, an unproven assertion the FDA deemed deceptive.