Analysis: Choosing a plan from the impossible health care maze

A doctor digs into the varied options – and ends up overwhelmed 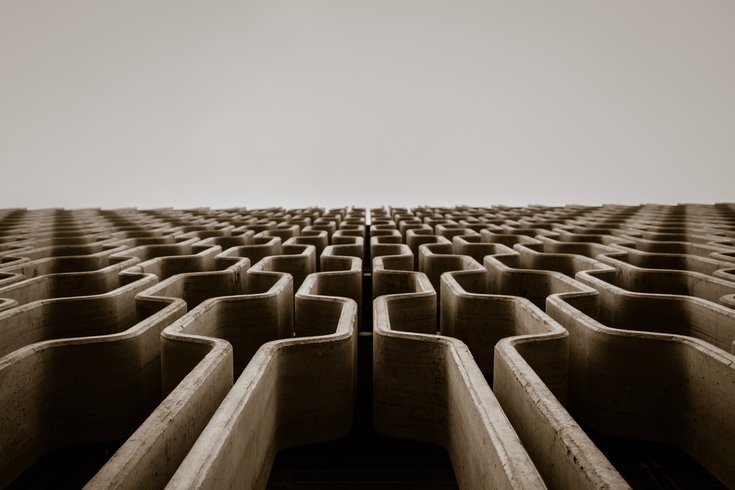 Selecting the appropriate health care plan can be a daunting and overwhelming task.

In this highly partisan political moment, there’s one issue that nearly every American can agree on: Our health care system is a mess and in need of dramatic overhaul.

That’s not just because it is absurdly expensive compared with the systems of other developed countries. It’s also because it is so dauntingly complex.

That complexity, in large part, derives from the fact that the health care system has been driven significantly by profit, rather than by measures of health. Countless providers, companies, consultants and intermediaries are trying to get their piece of the $3.5 trillion pie that is U.S. health care. Nora Ephron said, “Everything is copy.” In 21st-century U.S. health care, everything is revenue, and so everything is billed.

That has led to a maze-like system — with twists and turns and barriers and blind alleys and incomprehensible signposts — that ordinary people are expected to navigate.

We say American patients should be happy because our system gives consumers choices. We tell people that to benefit they just need to be smarter shoppers.

What we are really telling them is to perform the impossible.

How can they choose an insurance policy when there are endless permutations involving personal budget calculations and modeling that would defy a post-doc in economics? For each policy, there’s an in-network deductible and an out-of-network deductible, overlapping for the family and each individual. There are copays and coinsurance (yes, they’re different), as well as an annual maximum personal out-of-pocket outlay (which may not include some of the above).

Likewise, how to choose between a PPO and an HMO, especially when the PPO network may be — or may become — so narrow during the term of the policy that it affords little or no choice of doctors? Should patients pair an insurance plan with a tax-advantaged flexible spending account or health savings account — and how to understand the difference anyway?

I’m a medical doctor and have spent years as a journalist covering health care. But I am grateful that my company chooses my PPO health plan — not just because it’s good, but also because it means I don’t have to try to decide between hundreds of options when there is no good way to make a rational choice.

The system is rigged against patients — thanks largely to its opacity and complexity. Insurance plans list an array of covered services but then can refuse to pre-certify a prescribed treatment or decide it was not medically necessary and deny coverage after the fact. For example, a patient goes to the emergency room with chest pain, which turns out to be just a pulled muscle. So, in retrospect, it wasn’t an emergency. Coverage denied!

Informed consent is regarded as a moral and legal obligation by physicians; for every procedure performed, doctors are required to tell patients the chance of success, potential side effects and problems. And yet when it comes to navigating our convoluted system, patients travel in the dark.

The current complexity is an outgrowth of countless decisions over the past 30 years, many of which sounded logical at the time but which grew out of financial considerations. All the players are effectively licensed to reach into our wallets when they can’t get the money they want from one another.

As prices spiraled upward, insurers (backed by economists) imposed copayments and coinsurance so patients would have “skin in the game,” to encourage them to use health care more sparingly, more wisely. But with prices in medicine now so high, the skin-in-the-game theory now means many patients live with debilitating symptoms, delay needed treatment or don’t get treated at all.

In one study, 1 in 4 diabetics reported taking less insulin than prescribed because of costs. Another found that one-fifth of cardiac patients with “financial hardship” cut back on both food and medicines.

In a world where everything is billable (and nothing is under warranty), and when part of the system is found to be broken, the answer has often been to add another layer of complexity rather than to remedy the underlying flaw.

We’ve turned somersaults not to do what almost every other developed country has done: restrain charges by setting prices or by large-scale national negotiations. We hope that by structuring incentives for providers and patients — with PPOs, HMOs, HSAs, FSAs, coinsurance, copayments, pre-authorization, drug tiering, PBMs and more — the market will respond.

And it does, but often not with cheaper, simpler health care.

“Innovation” in our profit-oriented system is not just about developing lifesaving treatments, but also about inventing new ways to bill and new charges that don’t exist elsewhere.

Consider this analysis from a report urging patients to consider changing Medicare drug plans to save money:

So patients who feel like they’re getting a good deal when they hear their premiums are going down will actually pay more.

Americans trying to be smart shoppers are understandably confused about navigating the open enrollment season, as they are doing currently. And just when they have figured it out for one year, they have to do it all over again. The odds of success are small.