Angels OF Josh Hamilton reportedly had cocaine and alcohol relapse 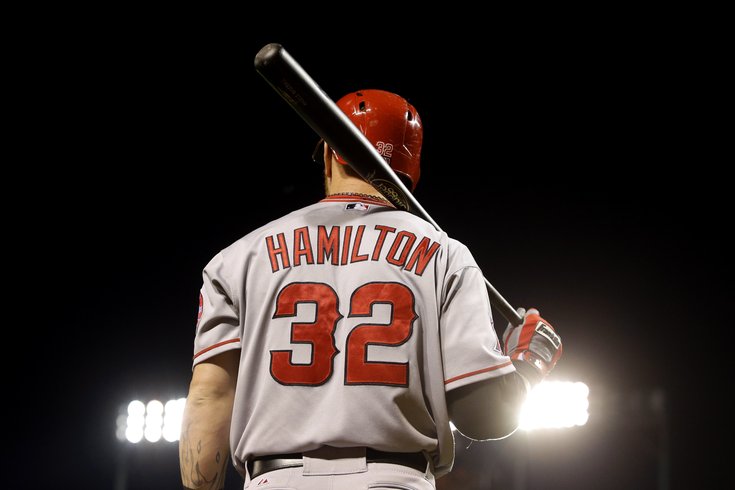 Josh Hamilton's Wednesday meeting with MLB officials in New York to discuss possible disciplinary actions was due to the outfielder suffering a drug and alcohol relapse, according to the New York Daily News.

More from Bill Madden and Michael O'Keefe of the Daily News:

The Los Angeles Times reported that the Angels are preparing for a possible suspension. [via nydailynews.com]

Angels spokesman Tim Mead confirmed the Los Angeles Times' initial report Wednesday that Hamilton went to New York to meet with baseball officials, but the team declined to give any more specific information.

Hamilton hasn't reported to spring training in Arizona after undergoing surgery on his right shoulder earlier this month. He is expected to be out until after the regular season begins.

In light of the Daily News report, he could be out even longer.

Hamilton was suspended from baseball from 2003-2005 -- he didn't play at all professionally from mid-2002 to mid-2006 -- as a result of his addictions to crack and alcohol, which he said began after he was injured in a car accident in 2001.

By 2010, however, the former No. 1 overall pick was back on top of baseball, winning the AL MVP as a member of the Texas Rangers.

Despite his phoenix-like rise, alcohol problems continued to haunt Hamilton, with reported relapses in 2009 and 2012. Because alcohol does not violate baseball's substance abuse policy, he was not suspended.

Hamilton, 33, is entering the third season of a five-year, $125 million contract in Los Angeles, but has been a disappointment for the Angels, batting just .255 with 31 homers and 123 RBIs over two seasons.