The Center City house of worship will put the funds towards fixing up its 155-year-old steeple, roof and other areas 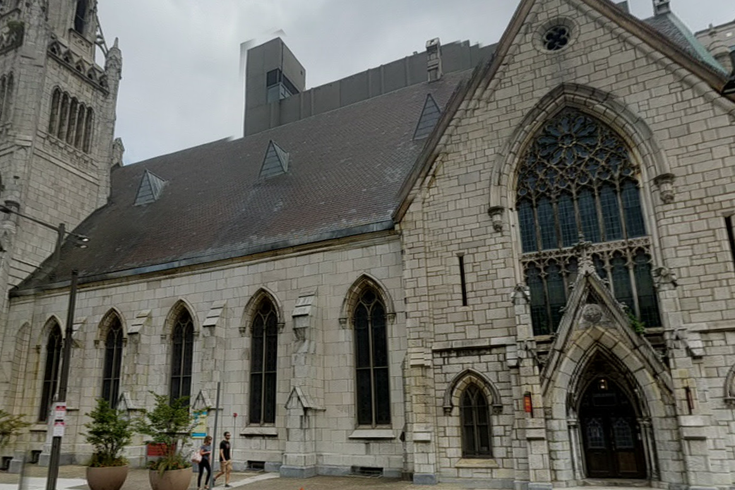 A historic Center City church known for its social services is asking for the community's help in raising money to repair what the congregation calls its "symbol of hope."

Arch Street United Methodist Church has rolled out a campaign to raise $5 million that will be put towards fixing up the house of worship's 155-year-old steeple, roof and other areas of the church. The congregation is first hoping to bring in at least $1 million by the end of 2021.

An engineering assessment of the 215-foot-tall spire in 2019 found that extensive masonry work was required for both the exterior and interior of the structure. Protective netting was installed around the steeple in January.

Raising the $5 million requested for the project could take 2-3 years, according to the church.

But the restoration project received a significant financial boost Wednesday in the form of a two-for-one $125,000 matching grant from the National Fund for Sacred Places, a program that provides technical and monetary support for historic houses of worship in need of repair and stability.

Grant recipients must first apply in order to receive funding. The grant will be made available to the church once it has raised at least $250,000 for the preservation project.

Rev. Robin Hynicka, the church's pastor, said in a statement that the investment represents "the community value the church provides in delivering social services to its most vulnerable neighbors."

Arch Street United Methodist Church was established in 1862 at 55 N. Broad St. in Center City. It was the second American Methodist church built in the Gothic style. A certified historical landmark in Philadelphia, the church and steeple both predate neighboring City Hall and the Masonic Temple.

The church is famous for being the home parish of Bishop Matthew Simpson, who was a close friend of former President Abraham Lincoln and delivered the latter's eulogy after he was assassinated in 1865.

The congregation is also known for its work with local nonprofits and organizations to provide assistance to community members in need, such as supplying shelter for those experiencing homelessness and a sanctuary for undocumented immigrants during the Trump administration.

The church has also played an active role in the Black Lives Matter movement and sought to serve as a welcoming space for members of the LGBTQ community.