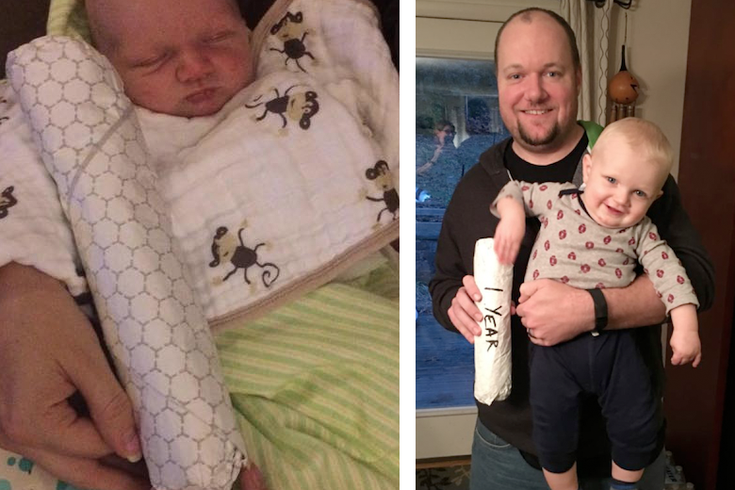 Brad and April Williams thought it'd be funny to chronicle their son Lucas' height in comparison to a cheesesteak. Their friends and families agreed.

Having lived within a dozen miles of City Hall for the majority of my 44 years on earth, I’ve seen a lot of “that can ONLY happen in Philly” type of things.

But never before today – Thursday, January 4, 2018 – have I seen anything as Philly as a blogpost by a gentleman named Brad Williams.

“Cheesesteak for Scale” is a gallery of pictures of Williams's son, Lucas Royce, since his birth in October 2015.

More specifically, it is a gallery of pictures of how Lucas compares in size to a cheesesteak through his first year on earth. It includes a follow-up video from his second birthday in which Lucas had clearly had enough.

On the post, Brad Williams explained the chronological impacts of the mission.

“After his first year, I decided to stop taking the monthly picture, mainly because Lucas was quickly growing a dislike for cheesesteaks,” he wrote in a post that went live on Wednesday. “Hopefully I haven’t scarred him for life.”

I caught up with the Williams, who saw quite a bump because of this post, to talk about his unique take on the traditional “have your kid stand against a door jamb, draw a height line and date of measurement” approach. 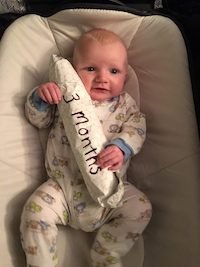 He said the whole thing started as a joke between he and his wife, April, when their first, and only so far, child “was about the size of a cheesesteak.” (Come to think of it, most newborns are, so how has nobody done this before?)

“We posted it on Facebook and our friends and family loved it, so we said ‘let’s make it a tradition’ and we did our best to get a good picture each month,” he explained over the phone as Lucas fussed in the background on a snow day. “I don’t think I’d ever seen anything like this before, and everybody around here knows what a cheesesteak looks like.”

Where were the steaks from? About half from Dalessando’s Steaks in Roxborough which he – like we – thinks is the best around, with the other half coming from places near their Glenside home.

“Initially, it was just the Facebook post, but then we started posting on Instagram as well since a lot of people were looking forward to it,” he said. “Some friends did it as well. One buddy just turned 40 and he did his 400th or whatever month photo.”

As with many creative breakthroughs, a random thought brought about this glory. But yes, Lucas has started pushing back a bit despite having the opportunity to sample a cheesesteak on his first birthday.

“It was about the time he started standing up. I’d have to lay him down for the picture and I think he associated not wanting to be put on his back with a cheesesteak,” Williams said. “He is very anti-cheesesteak right now, but I hope that’ll change. It’s meat and cheese. How couldn’t he like that?”