Akyra Murray, 18 who played basketball at West Catholic, died Sunday when a gunman shot up an Orlando danceclub 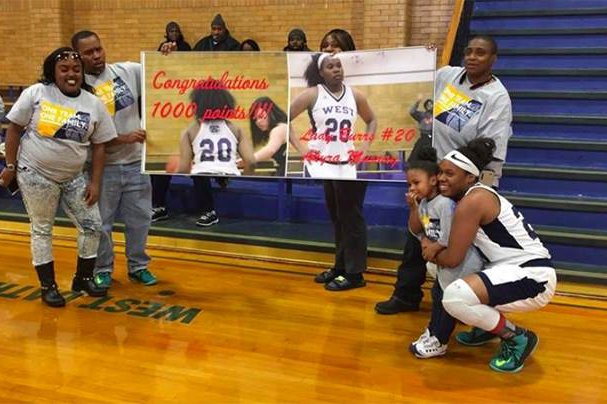 Akyra Murray celebrated scoring her 1,000th point for the Lady Burrs of West Catholic in January.

They talked about playing against each other one last time this summer before going in their separate directions.

Alisha Kebbe can hear her voice and that infectious, bellowing laugh that you could hear up and down the streets of Southwest Philadelphia, it seemed. She can’t help but smile when talking about her friend. Then, she’ll wipe away a tear from the corner of her eye as she reflects on Akyra Murray.

She was such a kind person who was always looking to help other people...Everyone really loved her. Before she left for Orlando, I told her we had to play again before she left for college. It breaks my heart.” – Alisha Kebbe, friend of Akyra Murray

Kebbe, Neumann-Goretti’s 5-foot-10 star guard, was Pennsylvania’s Gatorade Player of the Year last season and is headed to national runner-up Syracuse on a basketball scholarship. She and the rest of the high school basketball community learned Monday that the 18-year-old Murray was one of the 49 people killed — and the youngest — in the largest mass shooting in U.S. history early Sunday morning in a popular nightclub in Orlando.

Kebbe had just spoken recently with Murray, a point guard at West Catholic Prep headed to Mercyhurst University on a basketball scholarship, before Murray left for vacation in Orlando. They were going to get together one more time before they left for school in July. They talked about basketball, working out and their futures. A lot about their futures. 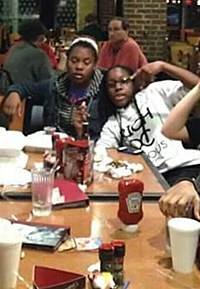 Akyra Murray, left, and Sierra DaCosta, right, hang out together during a happier time. “Akyra was always laughing,” DaCosta recalled.

“Akyra was really goofy and funny, and she had this different laugh that made everyone else around her laugh,” recalled Kebbe, who lived down the street from Murray. “It was a different laugh. She could light up a room. I’ll remember how we always encouraged each other and supported each other.

"I sent her a text when I heard she got the scholarship to Mercyhurst," she said. "When she got her 1,000 points, I talked to her and told her how excited I was for her and her accomplishment.

“You have to understand something. Everyone that dribbles a basketball in Philly knows each other. Boys, girls, it doesn’t matter. And everyone knew Akyra. You couldn’t miss her. The thing I’ll remember most is how she always could make me laugh.

"It was hard to hear about her death. It hit me like a family member dying," Kebbe continued. "She was my friend and she had so many things to look forward to, like playing in college. It’s been a devastating few days. It still hurts talking about it.

"It’s another great player from Philly that we lost — and she didn’t have to die. She was 18, my age. I still can’t believe it. She was such a kind person who was always looking to help other people. She had a great personality. Everyone really loved her. Before she left for Orlando, I told her we had to play again before she left for college. It breaks my heart.”

Kebbe said she’s going to remember her friend by getting a shirt made in Murray’s memory this week. And she's thinking about getting Murray’s initials and her number tattooed on her arm.

'I STILL CAN'T BELIEVE IT'

Sierra DaCosta, Imhotep Charter’s guard who is going to Hartford on a hoops scholarship, was also very close to Murray. DaCosta and Murray played on the same Mid-Atlantic Heat AAU team since eighth grade and into their sophomore years at Bishop McDevitt in Cheltenham Township, before Murray transferred to West Catholic Prep and DaCosta moved on to Imhotep. 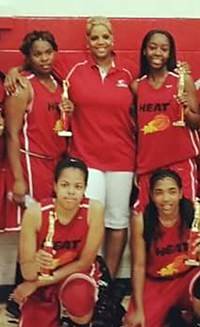 Akyra Murray, top left, and Sierra DaCosta, top right, played together for the Mid-Atlantic Heat AAU team. 'Everything I do on the basketball court will be dedicated to her,' DaCosta said of her close friend.

Days after it happened, DaCosta is still stunned by her friend’s death. She can’t get over that someone so full of life, like Murray, is gone. It’s been like a bad dream that she can’t escape.

“Akyra was always laughing,” DaCosta said. “At my sweet 16 birthday, she was the life of the party. She was the life of everything she was around. You really don’t think something like this would happen to someone you know. Before she left, we were talking about going out this Friday, and unfortunately now, we can’t. I spoke with her Friday, June 3, just before she left for Orlando. I heard about the shootings on Sunday morning.

“I didn’t hear about her death until someone told me about her dad’s post that she was a victim of the Orlando shootings, she said. "I found out she didn’t make it on Monday.

"Everything I do on the basketball court will be dedicated to her. I’ll get a necklace made with her name on it. Akyra was someone everyone liked to be around. I still can’t believe it.”