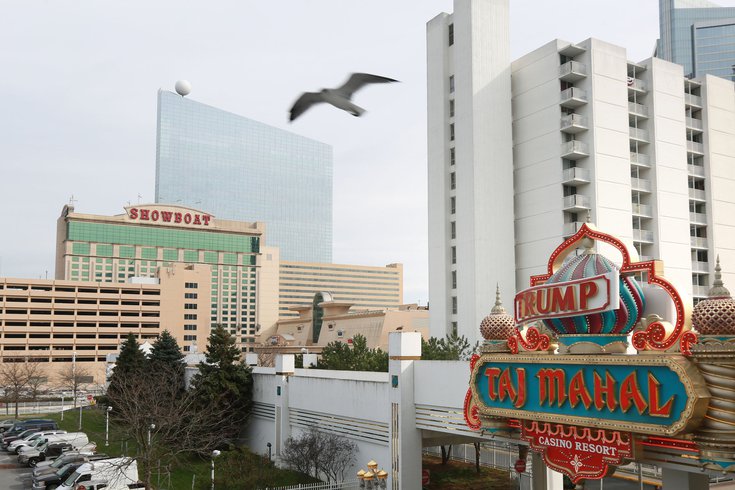 The former Showboat casino in Atlantic City was used to film some interior scenes in Zack Snyder's 'Army of the Dead.'

Atlantic City is getting its latest closeup on the big screen as the new zombie apocalypse film "Army of the Dead" is playing in select theaters across the country and will debut on Netflix this Friday, May 21.

The thriller was partially filmed inside two shuttered Atlantic City casinos, the Showboat Hotel and Atlantic Club Casino Hotel, serving as backdrop for some interior scenes. Both casinos closed down in 2014.

The Showboat, which now operates as a hotel and event space at the popular Jersey Shore destination, was turned into the fictional Bly's Las Vegas casino for the movie. The former casino's 60,000-square-foot gaming floor had more than 500 slot machines and roughly 40 playing tables set up for filming, director Zack Snyder told the Asbury Park Press.

"We couldn’t have done the movie without the cooperation of Atlantic City," Snyder said. "And the Showboat was an amazing partner for us because frankly, finding a giant, empty casino is not as easy as it sounds — and I don’t even know if it sounds easy, but it was hard."

"And so it really, I think, in a lot of ways, it just makes the movie feel real, that there’s this incredible, gigantic casino floor that you can just look at and go, ‘That’s real, that’s what a casino looks like,'" Snyder continued.

While filming in Atlantic City, Snyder's production company hired more than 200 cast and crew members and spent more than $25 million in the area on labor, goods and services, according to the New Jersey Motion Picture and Television Commission.

But working in New Jersey had a deeper meaning to Snyder and his wife and fellow film producer Deborah Snyder. Zack Snyder graduated from Ramapo High School in Franklin Lakes, Bergen County, while his wife Deborah Snyder hails from Monmouth County. During filming, the Snyders stayed next door to Atlantic City in Brigantine.

“My family is still there, so it was like coming home and it was really fun to get to be there for the summer," Deborah Snyder said to the Asbury Park Press. "And everybody, like the Film Commission and everyone in Atlantic City, was so supportive to have us there, so it was a great experience."

"Army of the Dead" follows a crew of mercenaries as they venture into a zombie-filled, post-apocalyptic quarantine zone in Las Vegas to steal $200 million trapped beneath a Sin City casino before the Strip is bombed by the government.

Most of "Army of the Dead" was shot in 2019. Other film locations included Las Vegas, California and New Mexico.

"Army of the Dead" brings together a pair of notable names from arguably the two biggest superhero and comic book film series of the last decade: lead actor Dave Bautista and the aforementioned Snyder.

Bautista has played Drax the Destroyer in four Marvel Cinematic Universe films. He is also known for having previously been a professional wrestler.

Snyder, who also produced and wrote "Army of the Dead," is best known for his work with the DC Extended Universe films. He has also directed "Dawn of the Dead, "300" and "Watchmen."