The stars of 'Don Quixote' just got engaged! 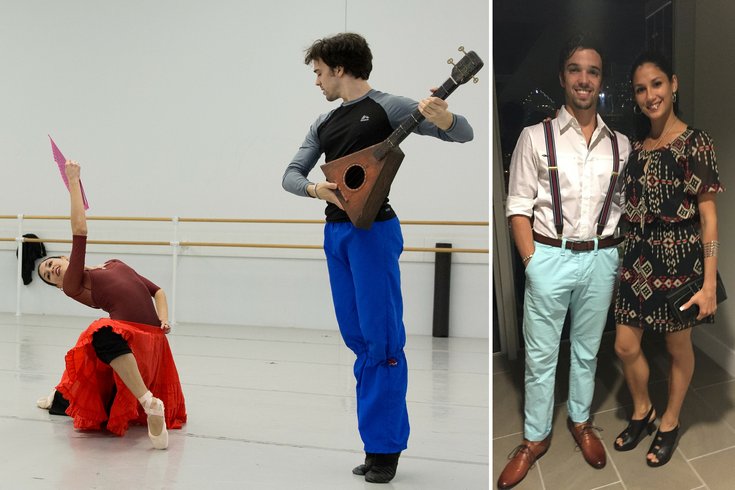 Etienne Diaz and Mayara Pineiro are a couple onstage and off in the PA Ballet's production of "Don Quixote."

In a serious case of #RelationshipGoals, two Pennsylvania Ballet dancers who are gearing up to star as lovers in "Don Quixote" just got engaged in real life. Yes, really. And yes, it's the cutest thing you've ever seen.

Etienne Diaz and Mayara Pineiro met six years ago in Florida. Both Cuba natives, they had each moved to the States to pursue their dreams of dancing. However, once in Orlando with her uncle, Mayara couldn't afford a dance school and thought she might never dance again. That is, until she ran into Etienne's mother.

She set the two up (mothers really do know best), and Etienne later swayed the Central Florida Ballet, where he was taking classes, to let Mayara study there for free. The two have been dancing together ever since, a passion that has brought them all over the world, from Bucharest to Milwaukee.

But make no mistake: Just because you find a partner in life, doesn't mean you can find -- and keep -- one so easily in the dance world. It's rare for a romantic couple to be able to join the same companies and productions year after year, let alone get to perform together. But Etienne and Mayara have made it work. 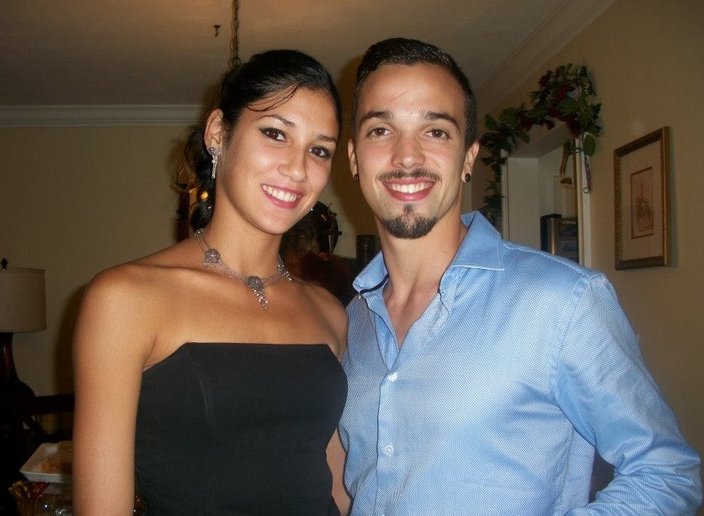 Pennsylvania Ballet/Courtesy of the couple

For instance, in Bucharest, at first, Etienne was the only one with a contract -- until he showed the company Mayara's work and they fell in love with her, too. In Italy, the Balletto del Sud only needed a male performer -- until they, too, met Mayara. In Milwaukee, the pair joined a company together before meeting Pennsylvania Ballet Artistic Director Angel Corella and following him to Philadelphia.

"It’s very difficult because [companies] have so few contracts. They cannot extend another contract because of the other," Etienne said of their professional travels ahead of Thursday's "Don Quixote" premiere. "So we’re very lucky they’ve always liked the two of us."

Their natural chemistry will certainly make their performances as Kitri and Basilio, a pair of star-crossed lovers in the classic comedy, shine even brighter. In the ballet, Kitri and Basilio fall in love, but Kitri's father doesn't want them to be together.

"She’s young, she’s playful, she’s funny. She has a strong personality," Mayara said of her character.

Although they haven't been paired together onstage for quite some time, the bubbly romance of "Don Quixote" seems a perfect fit for the couple. Speaking about the show and their relationship, the two finish each other's sentences and feel completely in sync, even in the midst of their hectic schedule before opening night.

"In the beginning, I felt a little bit nervous, actually, because I felt a little like, 'Oh my God, who is this?' I haven’t danced with her in years!" Etienne said. "So little by little, it started coming out, all of these feelings and all of this energy. It became easier every day."

So how did Etienne pop the question? On Jan. 6, the couple were celebrating Three Kings' Day with some friends when they all began exchanging gifts.

"I couldn’t wait anymore," Etienne said. "I was waiting for her birthday, but I couldn’t do it. ... It was so funny because my friend helped me. We found a big box and we taped it and we put a bunch of old stuff inside and we just kept wrapping it and wrapping it and at the end, the very end, was a tiny box!"

Thanks to their full schedules, however, the pair won't wed until next summer.

"My family is in Cuba, so I want to do it in Cuba because it’d be much easier for him and his family to go to Cuba because his family is smaller," Mayara said. "After all this, we’ll talk about it in the summer more. We’re so busy!"

Until then, Mayara and Etienne are lucky enough to be paired yet again in the upcoming performance of Nicolo Fonte's "Grace Action" in New York this spring. They hope to be paired together more in the future, too. After all, there are very few downsides to playing opposite your partner onstage, especially in romantic roles.

"For the chemistry part, the faces and the looks, it’s so much easier," Etienne said. "When you’re in love, it really shows."