How Adam McKay went from Temple dropout to Oscar nominee 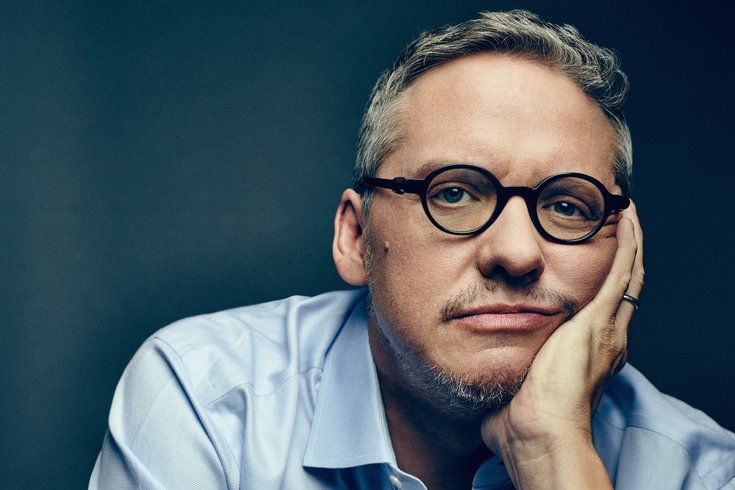 Since childhood, the absurd has always mesmerized Adam McKay.

Like a bit from a 1970s comedy special where Steve Martin went knocking on random doors asking for people to let him in wearing nothing but a diaper. Then there were the countless times McKay would get up and click on Channel 12 to get lost watching the sketch comedy show "Monty Python’s Flying Circus."

Those shows and comedic legends got McKay’s mind stirring, growing up in a shoebox twin on Miner Street in Malvern and raised by a single mother. Eventually, he'd go on to join "Saturday Night Live" as a writer during the mid-1990s, later directing and writing “Anchorman” and “Talladega Nights” with his friend Will Ferrell.

From Martin and "Monty Python" came Ron Burgundy, Ricky Bobby and a dozen other McKay characters that moviegoers have enjoyed for over a decade. From the absurd came "The Big Short," the critically acclaimed film based on the Michael Lewis' best-seller, which McKay co-wrote and directed using innovative cutaway shots to simplify the complex financial world in a satire about the banking crash of 2008. 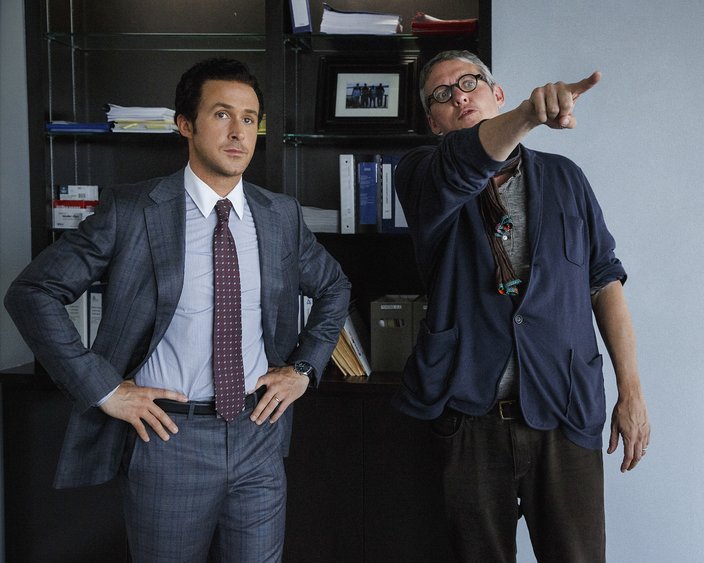 Left to right: Ryan Gosling and Director Adam McKay on the set of The Big Short from Paramount Pictures and Regency Enterprises.

These last few months have been a whirlwind for McKay, who now lives in California with his wife and two daughters. But much of his success, he says, stems from his early inspirations.

“The first time I laughed at truly absurdist comedy was 'Monty Python' and Steve Martin. It was a revelation,” said McKay ahead of Oscars weekend. “A type of ‘anything goes’ joyous release I hadn’t known was out there. Later in high school, (David) Letterman was a staple, as was 'The Simpsons.' I also loved Albert Brooks. It’s always strange to call oneself ‘funny.’ I just react to things. I never think ‘Oh, let's be funny.’

“I just always knew I loved to laugh though. My mom is really funny. So by that metric the first time I knew I cared a bit more about laughing than most other things was in fifth grade when I started getting into trouble at school for laughing and joking in class. Then they moved me into the 1970s glass walls classroom with the progressive teacher and my grades went back up. God bless Ms. Story at Charlestown Elementary, wherever she is today.”

Later, his big break came from a bold move. A semester-and-a-half away from earning his bachelor’s degree at Temple, he dropped out and settled, as he says, “with an imaginary degree,” then moved to Chicago to pursue a career in entertainment.

“I think it was when I made the choice to move to Chicago to do improv and theater and dropped out of college that was [a breakthrough],” McKay said. “I don't recommend it to others. It made no sense by any normal adult standards, yet turned out to be the best move I ever made. Chicago was a town teeming with people like me. There were hundreds of theaters and a real tradition of improvisation and political activism. I also got to learn under the late great Del Close at the IO Theater, which changed me in major ways."

Steve Carell, a star in many of McKay’s movies including “The Big Short,” goes way back with McKay, to their days at Chicago's Second City comedy club during the 1990s. According to Carell, McKay always had a keen awareness of a wider scope than “just comedy.” So taking on “The Big Short,” though maybe perplexing to those who know his cinematic history, wasn’t much of a reach at all for the man himself. 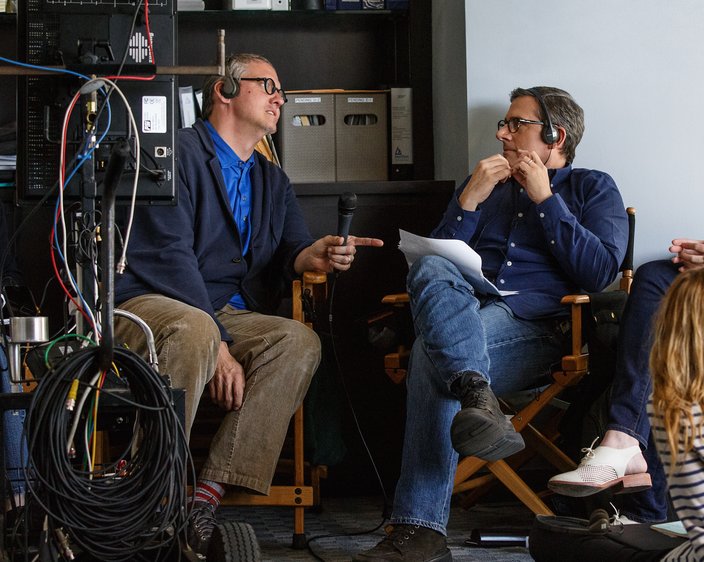 Left to right: Director Adam McKay and Steve Carell on the set of The Big Short from Paramount Pictures and Regency Enterprises.

“I was always reading and watching all kinds of movies as a young person and even now. I wasn’t always pointed at ‘comedy’ as an end goal," he said. "So for me ‘The Big Short’ represented a tremendous amount of freedom. I didn’t have to adhere to the genre rules of comedy and could use all the things I’d learned and admired in other movies. It wasn’t easy to make ‘The Big Short,’ but it was very, very exciting and satisfying.”

Chester County State representative Duane Milne, Ph.D., who went to Great Valley and played basketball there with McKay, recalls the Academy Award-nominee as a quirky genius with an entertaining, magnetic personality. The two had a number of classes together and Milne remembers a kid who had a way of breaking up the room with extemporaneous rhyming raps.

“The rhymes would come in response to a question a teacher may pose, or you could just see Adam brainstorming his rhythmic rhymes,” Milne said. “I also want to be clear, too, to say Adam was always respectful of the teachers and wasn’t disruptive at all. But he did march to his own drummer. You could also tell that Adam was very bright, not in an academic sort of way, but artistically bright. His rhymes are what really stick in my mind through time, and how he could just spontaneously make them up. He would do them in his voice. Like any true comic, he was keenly aware of what was going on around him. You can’t be a funny person without being an intelligent person." 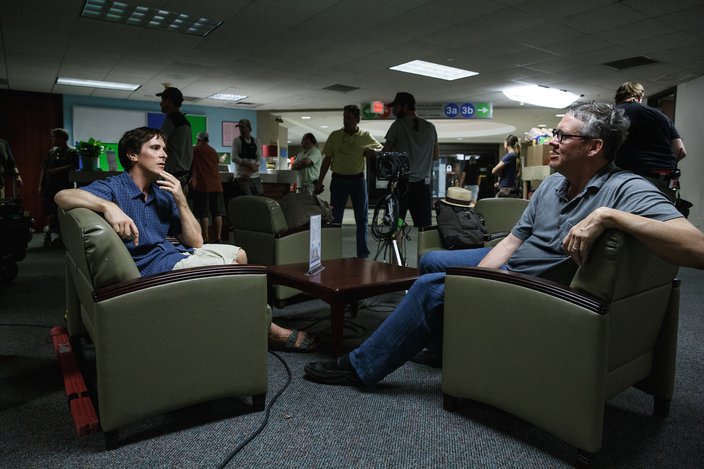 Left to right: Director Adam McKay and Christian Bale on the set of The Big Short from Paramount Pictures and Regency Enterprises.

In “The Big Short,” McKay, the comedy maestro, somehow weds explanatory journalism with pop culture, though he was never intimidated by the odd marriage. Though it's certainly a big change from previous projects, “The Big Short” has been brewing inside him ever since he read Lewis’ book. He didn’t know, however, what it would turn into.

“I never ever think about box office or awards when making a movie,” McKay admitted. “I just try to stay connected to what I like and the choices that feel right for the story that needs to be told. The first time I ever even thought about awards was more than half way through shooting when my Texan script supervisor Cate (Hardman) said in her hilarious drawl, ‘Why Adam, I do believe you’re making a special movie.’”