He's been the official artist of many major events, including five Super Bowls 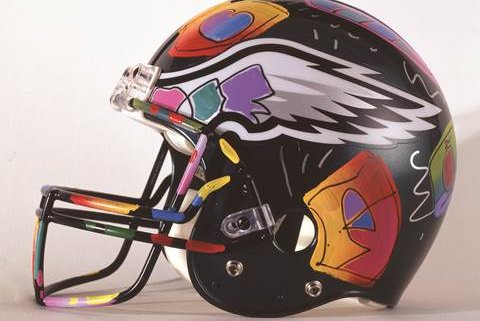 "The Philadelphia Eagles have such a bold and wonderful logo, I really love painting their helmets," said Peter Max.

Peter Max will make an appearance at his gallery show in King of Prussia this March. The artist, known for his use of vivid color, became a household name in the '60s.

Since Max's debut on the art scene, he has churned out thousands of works which have been seen everywhere from the pages of magazines to the outside of an airplane.

He's been the official artist of many major events, including five Super Bowls, and has hand-painted unique NFL team helmets and footballs.