Bad For You: WWE Booty-O's cereal 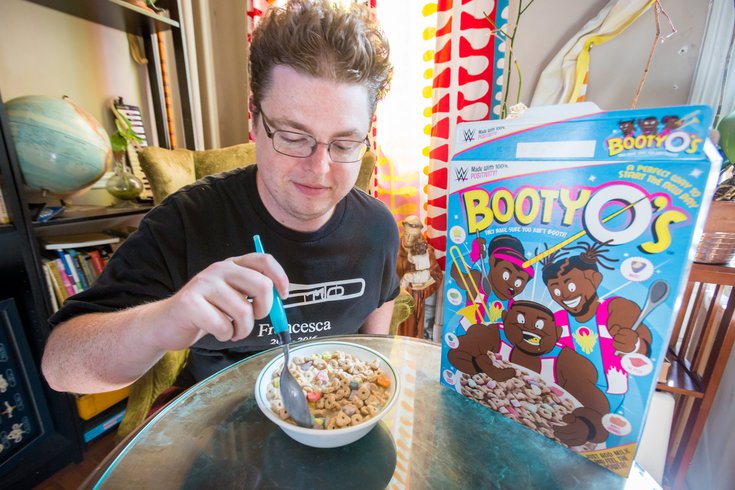 As I’ve mentioned before — both in Bad For You articles and to anyone on the bus who will listen to me — pro wrestling is one of my favorite things in the whole wide world. So is junk food.

So when WWE announced that they would actually be making real-life boxes of The New Day’s unicorn-filled breakfast cereal Booty-O’s — “They make sure you ain’t booty!” — I was ecstatic.

To someone who doesn’t watch wrestling, that last sentence might not make a lot sense. Booty what? Why? Who? (Who?! Who?!)

So gather ’round and allow me the honor of introducing you to the longest-reigning WWE World Tag Team Champions in history, the most entertaining team in wrestling today and probably your new favorite thing — The New Day.

In order to not be booty, you have to eat a bowl every morning.

The group is made up of: Xavier Woods, the unofficial leader, an avid video gamer currently working on his real-life PhD. in educational psychology; Big E Langston, the group’s muscle, a former powerlifter famed for his impressive heaps of “tricep meat”; and Kofi Kingston, the high-flyer, an eight-year WWE vet formerly billed as from Jamaica, complete with a now-long gone accent.

In 2014, all three wrestlers were floundering in the company with no real direction in their respective solo careers. The decision was made to form a group, rumored to be and originally teased as angry and militant, though rising racial tensions in America that summer led to the direction being scrapped.

Instead, the trio was re-formed as a take on gospel preachers called The New Day, with videos teasing the group’s arrival complete with a choir. Almost immediately, crowd reaction was overly negative. Even though they were faces — wrestling slang for good guys — they usually were met down with boos. It should be noted that little of the group’s amazing comedy chemistry was on display during this time, with only the occasional flashes of brilliance that would eventually define the group. 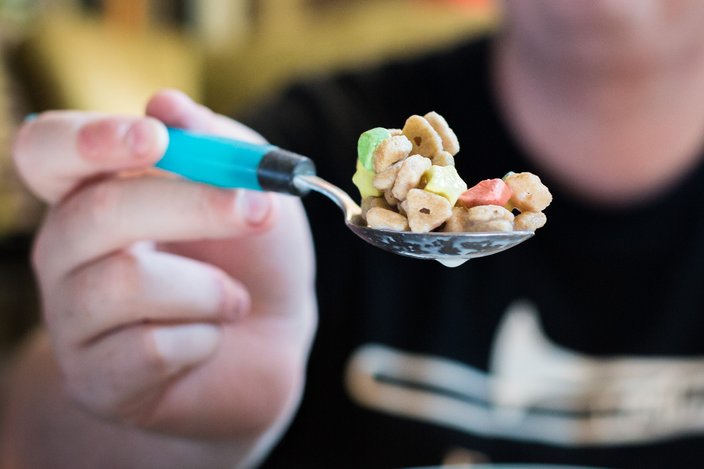 In a weird way, this was the beginning of their rise to greatness, as the negative reaction became part of their schtick. Instead of being good guys that everyone hated, The New Day became bad guys who thought they were good guys. Although they were constantly expounding the benefits of thinking positively, they were always jerks, insulting both their opponents and the city they happened to be in that night. They would attempt to get the fans to join in with a “New... Day rocks!” chant only to get thousands chanting “New… Day sucks!” in return. Though they couldn’t understand the hate, the three held onto their sanity with the belief that “We clap or we snap.”

And then, somehow, the hate turned to love. Organically over time, “sucks” became “rocks.”

And then, somehow, the hate turned to love. Organically over time, “sucks” became “rocks.”

By the time SummerSlam 2015 came along, The New Day were fan favorites who rejoiced in their victory to become two-time Tag Team Champs. The following night saw the group serenade the Brooklyn crowd, changing “New York, New York” to “New Day, New Day.” It was also the debut of their fourth member, Francesca the trombone, which Xavier Woods began playing to the ring. All hearts were filled with joy.

Unfortunately, months later Francesca was viciously broken in half over “the pale, ashy, Canadian kneecap of Chris Jericho.” They had a lovely service for her. She was later replaced by Francesca II.

While this was sad, there were many happy times, often highlighting the ridiculous antics of the boys: There was the time Kofi and Big E accused an interviewer of stealing their T-shirt from the merch stand, the time the group healed themselves in their “Positivity Box” (clearly just an empty refrigerator), when they traveled back to the ‘20s in their time machine (clearly just an empty refrigerator box) and the time they espoused their hatred of country music in Nashville.

As PhillyVoice’s own wrestling reviewer Nick Piccone can likely attest, The New Day have been one of the few consistently entertaining parts of WWE television for more than a year. While a three-hour-long episode of Raw can be pretty boring sometimes, any time The New Day appears, it’s pretty much a guaranteed good time. And where many WWE wrestlers’ promos are tightly scripted, the champs are given more freedom to do what they want, leading to hilarious, unexpected moments of brilliance. (Perhaps this is a sign that this should happen more often?)

Which brings us, finally, to Booty-O’s. What began as a throwaway joke of The New Day having a breakfast cereal you eat each morning in order to not be “booty,” which you definitely don’t want to be. It eventually became so successful that a T-shirt was released complete with a mock-up Booty-O’s box. At WrestleMania 32 this year, the group entered the arena in a giant box of the cereal dressed as Dragonball Z characters.

The success of the shirt sales, along with almost every piece of New Day merchandise, led to the amazing announcement that FYE would begin to sell actual, edible Booty-O’s. It was the first time I had ever pre-ordered cereal. But was it worthy of The New Day name?

The first thing you notice is the $12.99 price tag. In order to not be booty, you have to eat a bowl every morning. That would quickly become an expensive habit. However, there’s no need to take things so literally. This is a nichey, novelty item for die-hard fans. I’m sure many collectors will keep their boxes unopened for display.

As a New Day scholar, the second thing I noticed is the difference in the tiny marshmallows. Booty-O’s are basically The New Day’s version of Lucky Charms, so the original T-shirt box advertised marshmallow trombones, rainbows, pairs of Kofi’s boots, unicorn horns, tag titles and bootys, which were hilariously just hearts turned upside down.

However, that was just a mock-up. The actual cereal contains stars, something called “booty crowns,” smiles that look like lime slices and rainbow hearts. While I’m no expert in the logistics of marshmallow production, the tag titles are just a weird, indeterminate blob and the wings on the “magic” marshmallow seem like a failed attempt at depicting Kofi’s boots.

Instead of booty crowns, they should have just kept the upside down heart idea being bootys, since there’s a rainbow heart anyway. More importantly, where are the mini-trombone marshmallows? Francesca the First is spinning in her grave right now! ( Shame!)

While this is slightly disappointing, after the box taught me how to dance like Big E, make my own booticorn mask and do the New Day word search, I felt positive again.

As for taste, Booty-O’s are pretty close to Lucky Charms. Perhaps the toasted oat pieces don’t have as much sugar as General Mills’ original and occasionally the marshmallows aren’t as crunchy, but for a wrestling souvenir, they’re pretty damn good.

When it comes to cereal, I usually eat it dry with a glass of milk on the side, but the directions on the Booty-O’s box specifically say that I have to add milk to “feel the power.” At this point, I’ll pretty much do whatever The New Day tells me to.

Now for the big question: Do Booty-O’s actually stave off booty-ness?

In my experience, yes. While I often struggle with bouts of being booty, I noticed my booty-ness was way down after eating this cereal. It must be all that positivity.

Verdict : If you’re a wrestling fan or are just sick of being booty all the time, Booty-O’s are the cereal for you. Also, if The New Day somehow sees this, please hit me up so we can hang out. My schedule is open, and I will even do your laundry. 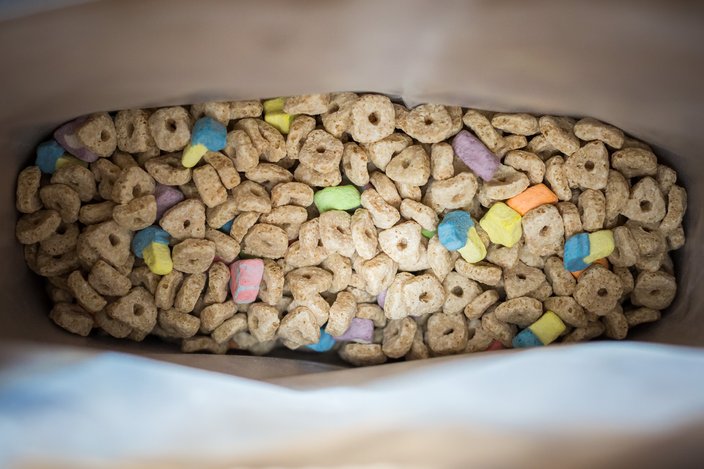 Booty O's in the box.