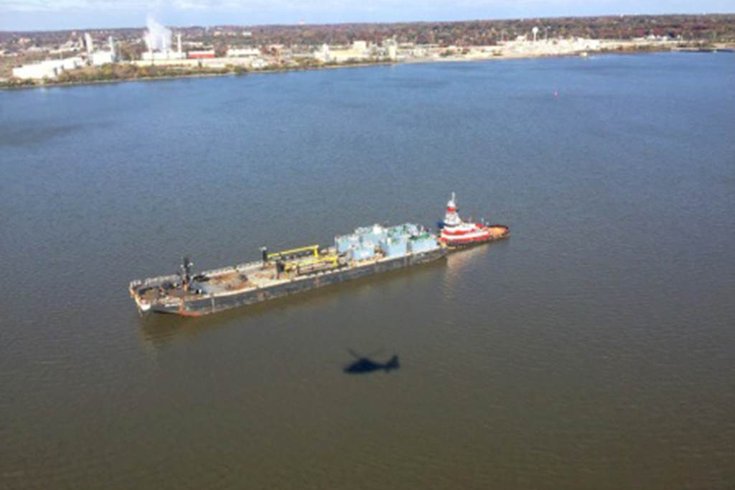 A tug boat and barge are seen after they ran aground Friday morning in the Delaware Bay off Wilmington, Delaware.

A tug boat and barge that went aground in the Delaware Bay off Wilmington, Delaware, on Friday morning have been safely moved to deeper water by the Coast Guard.

According to the Coast Guard, the tugboat Miss Gill was pushing the tank barge Delaware when both ships ran aground. The Delaware was loaded with about 1.3 million gallons of asphalt.

No injuries or pollution were reported as a result of the grounding, the Coast Guard said.

The Coast Guard in Philadelphia responded to the grounding, while Kirby Offshore Marine, the company that owns the barge, developed a salvage plan.

The cause of the incident remains under investigation, the agency said.