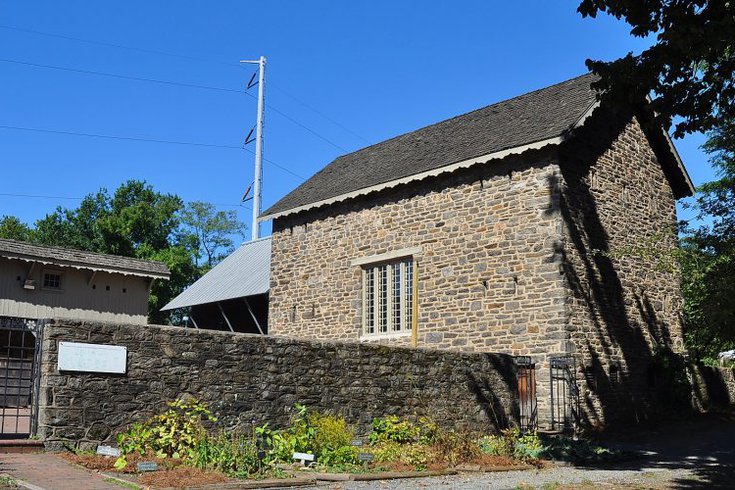 Bartram Barn, built in 1775, is believed to be the oldest barn in Philadelphia County. A $100,000 grant from the Pennsylvania Historical and Museum Commission will preserve the structure.

Two colonial-era relics at Bartram's Garden in Southwest Philadelphia will be preserved for years to come with help from a $100,000 grant awarded by the Pennsylvania Historical and Museum Commission.

The preservation grant, part of a round of funds distributed for projects across the state, will fix the roofs and masonry of Bartram Barn, Philadelphia County's oldest barn (built in 1775), and the adjacent stable built in 1743.

Bartram's Garden, founded in 1728 by botanist John Bartram, is the is the oldest surviving botanical garden in North America. Its 46 acres include an 8-acre arboretum near 54th Street and Lindbergh Boulevard on the west bank of the Schuylkill River. The garden, a National Historic Landmark, also is home to the country's oldest ginkgo tree.

The two-level stone barn is believed to have been built primarily by Bartram's son, John Bartram Jr., and is an example of a "bank barn," offering ground level access to both floors from separate entrances. Narrow ventilation slits in the stone are often erroneously regarded as defense posts, but the period was not known for hostilities with area's indigenous population.

The slits were primarily for ventilation — to allow air to move around the stored grain and hay on the second floor level. Without air moving, heat can build up in grain and hay, in some cases hot enough to burst into flame — what is called spontaneous combustion. It’s usually caused by decomposition heat — any moisture in the hay or grain will start composting, which generates heat. And there was generally a great deal of dust in the air around stored grain and hay — which is easy to ignite. Even in modern times the explosion of grain elevators happens, sometimes catastrophically.

So the ventilation is to prevent fire, not mainly for the odor — I’ve been in bank barns with animals, and the smell is not that strong. The cows and horses are in stalls with straw bedding, which is changed frequently (maybe daily), so the smell is more like sweet dry straw.

"Not only does Bartram’s Garden provide a safe outdoor space for our neighbors to enjoy, but it also attracts tens of thousands of visitors every year to southwest Philly," said Democratic State Rep. Joanna McClinton, whose district covers parts of Philadelphia and Delaware counties. "It’s imperative we continue investing these types of dollars in protecting this historic landmark so our local economy and families near and far can benefit for generations to come."

Bartram's Garden has made significant investments in recent years, including a $2.7 million renovation and completion of Bartram's Mile on the Schuylkill River Trail.

This week the Historical Commission awarded 54 grants totaling $2.3 million across the state, including the following organizations in Philadelphia:

• Philadelphia Society for the Preservation of Landmarks - $18,675

• The National Society of Colonial Dames of America in Pennsylvania - $42,315

"The selected projects represent the breadth of historic resources that Pennsylvanians value – from a grant to the city of Erie to further their preservation goals, to funding that supports the repair of the architecturally significant Thunderbird Lodge in Rose Valley, Delaware County, to a grant to Bellefonte Borough, Centre County, to assist the community’s continued investment in and promotion of historic preservation," said PHMC executive director Andrea Lowery. "This investment ensures that Pennsylvania’s cultural memory will be preserved for future generations."