Beaujolais Nouveau Day 2018: Where to drink the French wine in Philly

There will be people around the world sipping the fruity, red wine Thursday 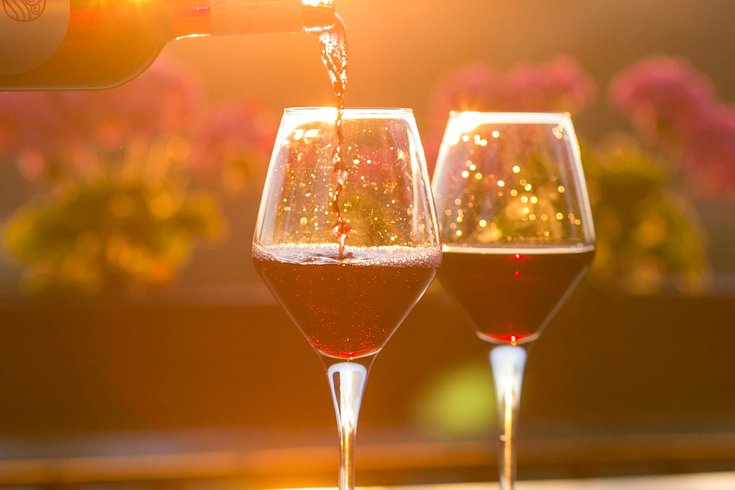 Photo by nic/ on Unsplash

Beaujolais Nouveau Day is the third Thursday of November each year.

Wine lovers your wait is over.

On Thursday, the world receives the newest vintage from France's Beaujolais region. Under French law, the wines cannot be released until 12:01 a.m. on the third Thursday of November, known as Beaujolais Nouveau Day.

Fermented for only a few weeks, the Beaujolais Nouveau is known for being fruity, easy to drink and low in tannins.

France celebrates the young, red wine with fireworks and parties in the street. Philadelphia doesn't go nearly as big, but there are a handful of local establishments doing something special for the occasion.

When ordering Beaujolais Nouveau, try to hide the Philly accent and pronounce it "boh-zhuh-lay" "nu-vo."

RELATED: Devil's Den in South Philly celebrating National Pickle Day | Buy a pie between now and Thanksgiving to benefit Philabundance | Where to find tree lighting celebrations in Philly and the suburbs

The restaurant is pairing the French wine with one of America's favorite foods, the burger. Order one of the specials off the chalkboard and a big glass of Beaujolais Nouveau from well-known producer Jean-Paul Brun to get the best of both worlds.

The female-owned distributer Le Fromager is bringing a selection of cheeses from small producers in Quebec. They'll even have a vegan cheese.

Available by the glass, bottle and to-go will be a 2018 Beaujolais Nouveau made with an organically-grown purple grape.

Unsure if you even like the French wine? Stop by Di Bruno Bros. for free samples of two different Beaujolais Nouveau varieties. There will be cheese, too.

McGillin's is where the city goes to sing karaoke and share pitchers of beer. Thursday, it's where Beaujolais Nouveau Day celebrators should go for $5 glasses.

To go with the wine, the bar is offering half-price onion soup.

Both the Rittenhouse and Washington West locations are celebrating.

Go for this year's Beaujolais Nouveau "Terres Dorées" from Jean-Paul Brun, or try a Chardonnay grown in Beaujolais. Available by the glass or purchase a bottle to-go.

To pair with the wines, the bar is offering a French "picnic plate." We're guessing bread, cheese and fruit.