Bernie Sanders drops out of 2020 Democratic primary race for president 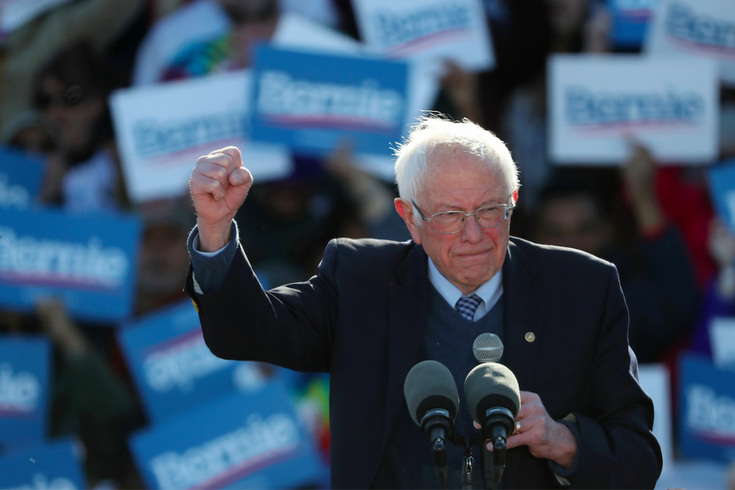 Vermont Senator Bernie Sanders ended his 2020 run for the Democratic presidential nomination on April, 8, 2020. After a series of lopsided primary defeats to former vice president Joe Biden, Sanders conceded that there was no viable path for him to win the race.

The decision comes after a series of overwhelming primary defeats, in which Sanders struggled to repeat the success his progressive platform had against Hillary Clinton in 2016.

The coronavirus pandemic significantly hampered the efforts of Sanders' grassroots base during the past month. Without rallies and events — no longer possible during the crisis — Sanders' trailing campaign was all but reduced to livestream and television appearances.

Sanders conceded Wednesday that there was no viable path remaining for him to secure the Democratic nomination.

Today I am suspending my campaign. But while the campaign ends, the struggle for justice continues on. https://t.co/MYc7kt2b16

During the COVID-19 crisis, Sanders has become even more strident about his Medicare for All platform and the need to provide financial security for millions of Americans who have been left without jobs in the past month. He vowed to remain an active voice in U.S. politics in the months ahead as the country confronts the pandemic.

"Together we have transformed American consciousness as to what kind of nation we can become," Sanders said Wednesday.

With Sanders' departure from the Democratic field, modern progressives have lost ground to the moderate coalition backing Biden from the traditional bases of the party.

"While we are winning the ideological battle and winning the battle among young people across the country, I have concluded that the battle for the Democratic nomination will not be successful," Sanders said.

An average of recent national polls monitored by Real Clear Politics shows Biden currently has an edge of 49.8% over 43.7% for President Trump. A CNN poll published Wednesday indicates a slim majority of Americans now disapprove of the president's response to the coronavirus pandemic.

Despite dropping out on Wednesday, Sanders urged his supporters to continue their work to assemble delegates who can exert progressive influence during the Democratic convention, which is scheduled to take place in Milwaukee from July 13-16.