Online voters fueled quirky name's run to the top of poll naming a U.K. research vessel to no avail 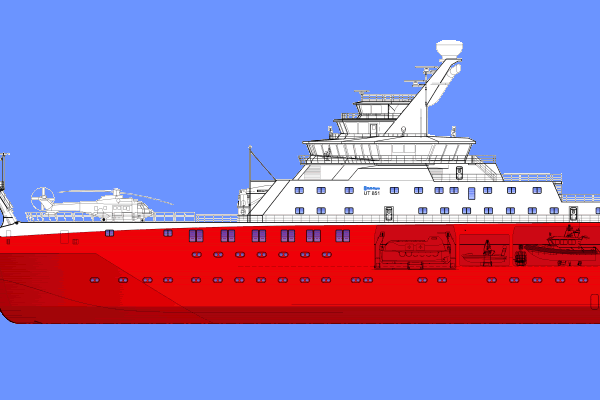 This is a rendering of a research ship for the United Kingdom's Natural Environment Research Council set to sail in 2019. "Boaty McBoatface" is the leading choice of an online poll being conducted to name the ship.

One of the finest moments in “Collective Will of Internet Strangers Working Together” history came in 2012 when sharp-minded voters used a Facebook poll to send international recording superstar and stage-presence extraordinaire Pitbull to a Wal-Mart in Kodiak, Alaska.

It spoke to a revolutionary time in humanity’s history when common folk effected positive change in a world of corporate behemoths, turning marketing campaigns into a chance to giggle. You can watch a video about it via this YouTube link.

Fast forward a few years, and the Collective Will of Internet Strangers Working Together was again activated to stunningly excellent effect when Britain's Natural Environment Research Council launched a campaign “to name the UK's state-of-the-art £200m polar research ship.”

Tonne-for-tonne, the ship – together with NERC's existing two blue water research ships – will provide the UK with the most advanced floating research fleet in the world and will help put the UK at the forefront of ocean research for years to come.

Today [March 17], the science minister Jo Johnson is calling for school pupils, parents, teachers and adults to take part in a once in a lifetime opportunity to suggest a name they would like to see on the side of the UK's polar research ship when she takes to the seas.

It was a lovely invitation, Jo Johnson’s was, and it led to a Kodiak-esque effort to get the ship named “Boaty McBoatface,” the suggestion of a former BBC radio host.

That awesome, awesome name received nearly 125,000 votes in the poll. That was more than four times the tally of runner-up “RRS Poppy-Mai,” a moniker honoring “a 16-month-old girl with incurable cancer.”

Well, on Monday, Johnson sternly tsk-tsk’d the world. In publicly noting that Boaty McBoatface will not be the $300 million research vessel's name, he said, "I think we were clear when launching the competition that we were looking for a name that would be in keeping with the mission."

It might be the democratic will of the people, but Boaty McBoatface will probably never weigh anchorhttps://t.co/aR6xRTX8mj

Fully acknowledging that the runner-up would be a wonderful way to honor a terminally ill child (even if it didn’t keep “with the mission”), Johnson’s decision was a deplorable repudiation of the democratic process.

Pitbull still went to Kodiak, Alaska, at the urging of Internet voters. Johnson should’ve allowed the Boaty McBoatface name to get emblazoned on the side of an expensive ship.

For one thing, it’s not nice to move the goalposts after the kick is in the air.

For another, if that vessel was named “Boaty McBoatface,” people across the globe would keep up with its sea-bound successes once it hits open waters in 2019.

There is time to reverse this immoral decision, as the NERC has said it’ll announce it “in due course.” Here is contact information for folks in NERC’s “head office,” and here’s Johnson’s Twitter. Let them know that the collective will of the people is what's most important in today's world.

Make your voices heard before it’s too late.