The concept on South Broad Street, a collaboration with Ars Nova Workshop, is expected to open in November 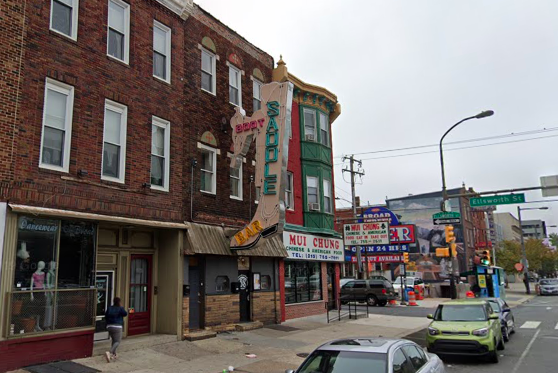 The former Boot & Saddle bar and music venue at 1131 S. Broad St. will reopen in November as Solar Myth, a new cafe and wine bar with a listening room.

Nearly two years have passed since the COVID-19 pandemic-related closure of Boot & Saddle, one of Philadelphia's most beloved independent venues for live music.

A plan is now in place for the future of the space at 1131 S. Broad St., where a new cafe and wine bar called Solar Myth will also return music to the room that hosted more than 1,500 live shows during its seven-year run.

Ars Nova Workshop, an organization that puts on jazz, experimental and classical music concerts in the city, announced Tuesday that it will partner with Solar Myth to open the new concept some time in November.

"Ars Nova will have exclusive access to the venue formerly known as Boot & Saddle — the back room where we’ve previously presented great music from the likes of Nels Cline, Jason Stein’s Hearts & Minds with Marshall Allen, and Hijokaiden," the organization said. "This new establishment will be a great new hangout — morning coffee and pastries, natural wines, and amazing music listening all day."

Fall and winter bookings for the venue are already underway, and Ars Nova Workshop shared that it envisions a future with multi-night engagements and residencies in the space.

At the time Boot & Saddle closed in November 2020, the owners explained that the decision was made to ensure that sister venue Union Transfer could stay afloat through the worst of the pandemic — which it has done. When the venue opened in 2013, it was the first time the space had been used in nearly two decades. The bar originally had opened in the 1950s as a country-western themed gathering place. Over the last decade, the venue hosted acts including The War on Drugs, Lizzo, Sam Smith, the Menzingers and many more who toured the independent circuit.

In March, the Inquirer had reported that Ars Nova Workshop founder Mark Christman and Fountain Porter bar owner Evan Clancy had signed a lease for the building in South Philly, and that they planned to keep the neon Boot & Saddle sign up on South Broad Street. The Instagram post shared by Ars Nova Workshop suggests the sign likely isn't going anywhere, and may soon be lit again.

Solar Myth doesn't yet have an opening date, but keep an eye on Ars Nova Workshop's social media channels for updates.