The Chester County-based snack company will pick three finalists to be sold at stores in the region, with prize money on the line 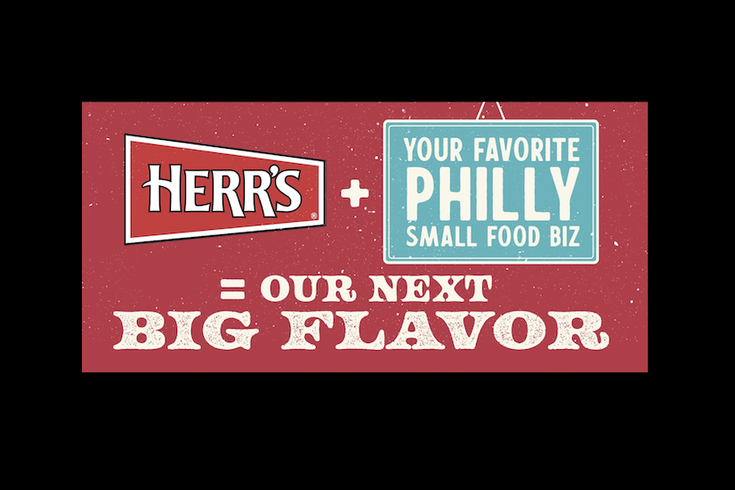 The latest 'Flavored By Philly' contest from Herr's is taking submissions for potato chip flavors based on small businesses in the five-county Philadelphia area. The submission window opens today and runs through Tuesday, Nov. 15.

Alright, Philly couch potatoes. Herr's is crowdsourcing ideas again for another round of creative chip flavors that will drum up the region's hunger for debate and empty calories.

This time around, the Chester County-based snack maker is seeking flavor submissions that celebrate small businesses in the five-county Philadelphia area.

“Herr’s has been rooted in the Philadelphia community since my father started the company as a small business in 1946, and is now recognized as the city’s favorite hometown chip,” said Herr’s chairman and CEO Ed Herr. “As the second Flavored by Philly contest kicks off, we are proud to support and recognize other small Philly businesses that began the way our family’s company began. We are also excited to see what chip flavors inspired by Philadelphia small business food companies and local restaurants our fans enter into the contest.”

In August, Herr's awarded $10,000 to the Philadelphia man who came up with the Long Hots & Sharp Provolone flavor that was voted the best of three finalists in the company's previous contest. The winner also chose Philabundance as the recipient of a $10,000 donation from Herr's, and he got a year's supply of Herr's products. The flavor beat out the other finalists, the ketchup and hot sauce-flavored (215) Special Sauce chip and the cheesesteak-flavored Wiz Wit chip.

An independent fan who nominates a business will have a chance to win a $5,000 grand prize, a year's supply of Herr's products and a $10,000 donation to the small business that inspired the flavor. Small businesses that self-nominate will only be eligible to win $10,000 for the winning flavor.

Like last time, flavor submissions will be narrowed down to three finalists by a panel of distinguished judges, including former "Bravo Top Chef" winner and Philly native Jen Carroll, whose Spice Finch and pop-up concepts have been hits in the city.

The three finalist chip flavors will debut at local stores in summer 2023, after which fans will vote on the flavors to determine the winner.

The contest will be open to submissions beginning today and running through Nov. 15.

This is going to be an interesting test of brand loyalty and how well these distinct flavors from the region can be distilled into a chip.

For the record and full disclosure, I've submitted Goldenberg's Peanut Chews, which might just be crazy enough to work. Granted, since 2003, the candy has been made by Just Born, which is in Bethlehem, and they really don't need $10,000, but I'd be happy to take that off their hands as an investment in frivolous local journalism.