'Purple' is the newest spokescandy for the brand; Caramel Cold Brew flavor will debut in early 2023 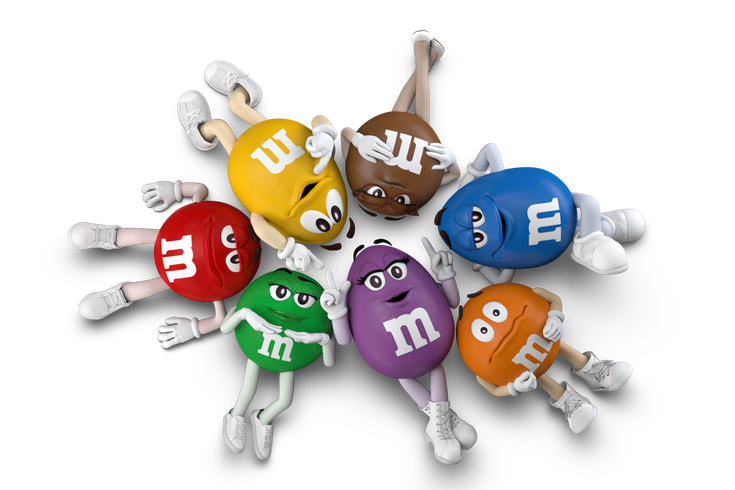 M&M's has announced its first new mascot in a decade, "Purple," designed to encourage acceptance and inclusivity through her earnest self-expression. Mars will also release a new flavor in early 2023, Caramel Cold Brew M&M's.

Exciting news for candy lovers: M&M's has announced their first new character in a decade.

The newest spokescandy, "Purple," will join the brand's colorful cast of characters that recently got their own makeovers. Purple was designed to encourage acceptance and inclusivity through her earnest self-expression, the Mars company announced in a release.

MORE: Journey through Philly's suburbs in new Monopoly game that pays homage to the Main Line

"There is so much about our new spokescandy that people can relate to and appreciate, including her willingness to embrace her true self. Our new character reminds us to celebrate what makes us unique," said Jane Hwang, Global Vice President at Mars Wrigley.

To celebrate her grand debut and demonstrate her creativity, M&M's released a song and music video starring Purple called "I'm Just Gonna Be Me."

The song and video were made in collaboration with creators including saxophonist Grace Kelly, dancers and choreographers Devin Santiago and Colo Cag and opera singer Anthony Roth Costanzo. The rest of the M&M's spokescandy crew makes special appearances, of course.

Purple's debut single is being released to raise money to support support inclusive arts and entertainment as part of the M&M'S FUNd, a global initiative intended to track the brand's mission to increase a sense of belonging for ten million people by 2025.

The newest member of the M&M's crew joins a six-candy cast which was updated in January to promote inclusivity through modernizing the characters and adding more nuanced personalities. One of the most notable changes that fans noticed was a change in footwear for the green M&M, from go-go boots to sneakers.

In other M&M's news, the candy company is releasing a new flavor next year.

Caramel Cold Brew, described as having a combination of "robust coffee flavor" and "sweet, chewy caramel" will be available in early 2023.