The themed board, released on Tuesday, features recognizable landmarks like universities, train stations and parks 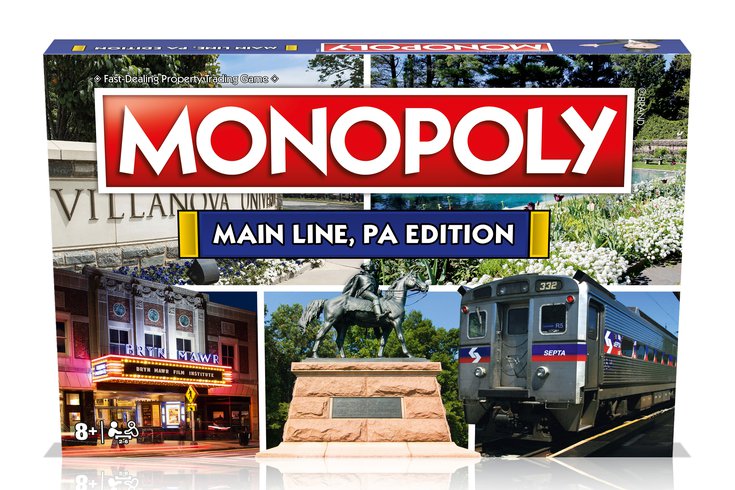 "Monopoly Main Line Edition," a special edition of the board game that features top attractions and landmarks from parts of Montgomery County, went on sale Tuesday through major online retailers and local businesses.

Game enthusiasts can now experience the Main Line without having to sit in Lancaster Avenue traffic thanks to a new Monopoly board that highlights the Philadelphia suburbs.

"Monopoly Main Line Edition" was released Tuesday through a collaboration between Hasbro and game company Top Trumps USA. Available through online retailers and local businesses, it pays homage to the area by featuring attractions and landmarks from parts of Montgomery County.

The Atlantic City-themed squares of the classic board game, along with the Community Chest and Chance playing cards, have all received a Main Line makeover. The four corners and game pieces remain the same as the original version.

In February and March, residents were asked to nominate locations they wanted to see featured. Based on public input and advertising fees for the businesses selected, the following are included in the game: 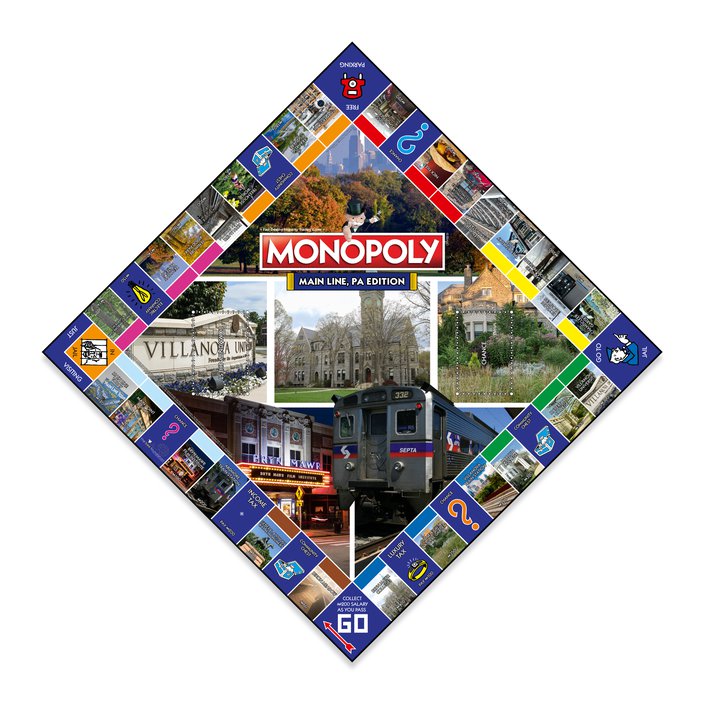 “The Main Line is one of the jewels of Montgomery County – we couldn’t be happier to see this new Monopoly game revealed for all to purchase,” Ryan Rosenbaum, executive director of the Montgomery County Chamber of Commerce, said. “We are extraordinarily proud that the Main Line is now 'on the Monopoly map’ and will highlight the landmarks and places that have become treasured destinations of the people of our county and surrounding counties."

On Tuesday, a launch event for the board game was held at women's nonprofit The Saturday Club in Wayne. It included the Mr. Monopoly mascot, as well as business owners featured in the game.

Monopoly, which first hit shelves in 1935, is one of the most popular games in the world. It's played by more than 1 billion people in 114 countries, and can be enjoyed in 47 different languages.

Top Trumps partnered with Hasbro in 2020 to begin releasing city-specific versions of Monopoly. American towns and cities that have been featured so far include Brooklyn, Palm Springs, San Antonio and the Hamptons. A Pittsburgh version is also in the works.