Philadelphia's Main Line to be featured on special edition Monopoly board 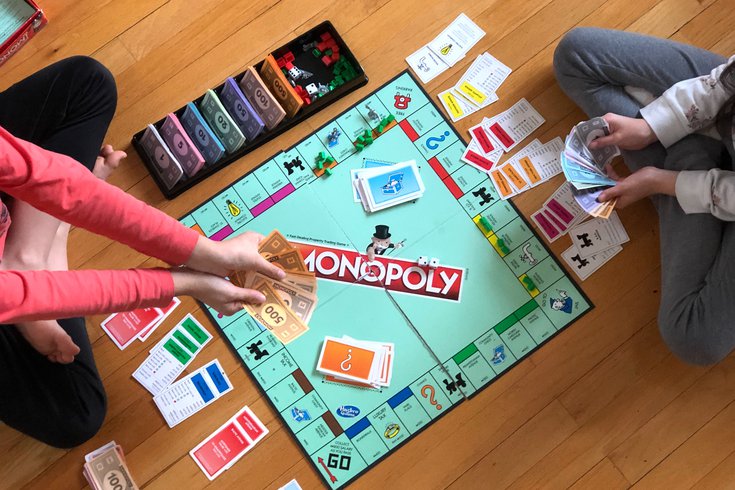 Top Trumps, in collaboration with Hasbro, is working on a Main Line themed Monopoly game. Residents are encouraged to submit ideas for landmarks and attractions to include on the classic game board.

Monopoly, the classic board game about old-school capitalist tycoons, is getting a Main Line makeover.

In a collaboration between Hasbro and game company Top Trumps, residents of the Philadelphia suburbs will be able to see their favorite hometown attractions and landmarks featured in a limited edition version of the game.

Top Trumps is seeking input from Philadelphians about what businesses, schools, parks, and other favorite spots should be included as real estate on the new 22-space board and additional Community Chest Cards.

Dennis Gavaghen, a representative with Top Trumps, said that each of the company's city editions are meant to put a local spin on the traditional game.

The four corner pieces of the board will remain the same as the original, as will the pieces that players move around. However, all of the additional pieces of real estate will be up for grabs.

"We want to ensure that Main Line Philadelphia Edition Monopoly is an accurate portrayal of what Main Liners love about the Main Line," Gavaghen told Main Line Times & Suburban. "Anything and everything is up for consideration — Villanova University, Suburban Square, Bryn Mawr College, Autograph Brasserie, Main Line Times newspaper, or Merion Cricket Club."

The Main Line covers a large portion of the Montgomery County area, and officials within the County Chamber of Commerce were shocked at the news of the new game.

"The Main Line area is a national treasure because it is rich in history and beauty, and home to many incredible parks, businesses, colleges, and universities," Ryan Rosenbaum, executive director of the Montgomery County Chamber of Commerce, told KYW.

There will be an advertising fee for the businesses selected to be used in the game, and the manufacturers hope that the establishments featured will be easily recognizable to local residents.

"It is special to me personally that smaller to mid-level schools have the potential of being included in a national game," Rosenbaum said.

Top Trumps and Hasbro partnered together in 2020 to start releasing city-editions of Monopoly. Some towns and cities that have already been featured include San Antonio, Brooklyn, Palm Springs, and Cambridge.

CommUnity. Pittsburgh is getting its own #Monopoly edition to celebrate our incredible city! Thank you @Hasbro, @ACE_Fitzgerald, @RickAroundHere, & Mr. Monopoly for today. Now is our opportunity to submit ideas for the board. Send suggestions to pittsburgh@toptrumps.com pic.twitter.com/hnVqcmzlcs

The company has expanded its model to include new cities in 2022, most recently revealing plans for a Pittsburgh edition. There, residents are excited for Carnegie Mellon and Mister Rogers-inspired elements of the game.

Mr. Monopoly was seen touring popular landmarks in Pittsburgh, as well as in Kansas City, where another Monopoly game was announced in January.

Those who want to take part can send suggestions to Top Trumps at mainline@toptrumps.com now through March 11. The game is set to be released in the fall.