The drink, which has a hint of light caramel and toasted bread crust, will be sold at select Pennsylvania breweries beginning Friday 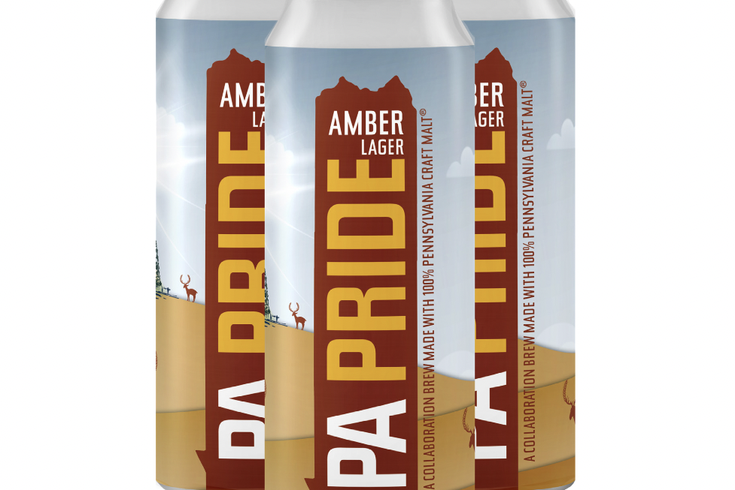 PA Pride 8.0, an amber lager from Deer Creek Malthouse, will be the fourth and final beer released in the series this year. It is made with locally grown and malted barley, and features warm flavors of caramel and toasted bread crust.

Beer lovers soon can imbibe the latest installation in the PA Pride series.

PA Pride 8.0, an amber lager, brewed by Deer Creek Malthouse in Delaware County, is the fourth and final PA Pride beer being released in 2022. Beginning Friday, it will be sold in 16-ounce cans at more than 12 Pennsylvania breweries, including Cartesian Brewing in Philadelphia. Some of them also will have it on tap.

A map of the breweries selling the amber lager can be found online.

The beer, made with locally grown and malted barley, has warm autumnal flavors, according to Deer Creek Malthouse. Its label features the original artwork used in the series, which celebrates Pennsylvania's agricultural industry. Its alcoholic content has not yet been released.

"We chose to brew an amber lager to highlight the warm flavors of highly kilned malts that make it the perfect beer to enjoy from early fall to the holidays," said Ted Brochu of Deer Creek Malthouse. "PA Pride Amber Lager layers an aroma of floral honey with flavors of light caramel and toasted bread crust all balanced by a noble hop bitterness."

The amber lager is the eighth beer in the PA Pride series. The last two beers in the series, released during the summer, were a fruited sour and a multi-grain saison.

The PA Pride series was created when Chester County-based Deer Creek Malthouse approached digital promotion company Breweries in Pennsylvania in hopes of creating a beer collaboration that would aid Pennsylvania craft breweries during the COVID-19 pandemic. From there, the first PA Pride beer, a pale ale, was released in November 2020.

"The original PA Pride started as a way to support small craft breweries with a packaged product that would allow them to share with their customers," said Chadd Balbi, co-founder of Breweries In PA. "It has since grown into so much more by connecting the many different breweries that make up this amazing state."