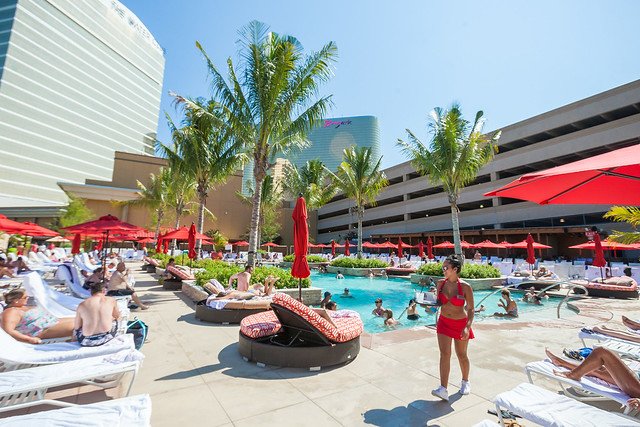 The Borgata casino in Atlantic City, pictured above its outdoor pool, is spending $14M on renovations after it had a record-breaking month in July 2019.

Atlantic City's highest grossing casino announced it's going to spend a big chunk of change updating its facilities this year.

The Borgata told the Associated Press it will spend $14 million this month alone to renovate its lobby, adding a new bar, and a new VIP check-in center.

According to figures from the New Jersey Division of Gaming Enforcement, the Borgata had a record-breaking month in July 2019 with a total gaming revenue of nearly $88 million – more than double any of the other eight casinos in New Jersey. Overall, the resort's gambling and sports betting revenue saw an increase of nearly 8%.

The newest round of work at the Borgata comes after the casino spent $12 million on an online sports betting lounge, which was completed in June.