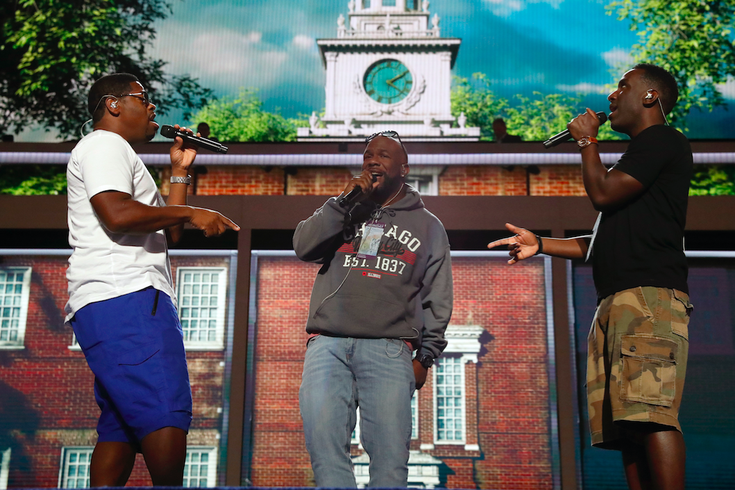 Boyz II Men conduct a sound check before the kickoff of the Democratic National Convention in Philadelphia , Monday, July 25, 2016.

If you're questioning how much pull and popularity Boyz II Men still has in Philadelphia, look no further than this 3 a.m. scene from Jim's Steaks back in May.

After a prolific 31 years of smooth soul and R&B, they have not reached the end of the road by any means.

The trio from Philadelphia will be joining resurgent boy band New Kids on the Block and pop authority Paula Abdul for an epic North American tour that will run during the summer of 2017.

New Kids on the Block announced "The Total Package Tour" in surprise fashion during an appearance on "The Today Show," introducing their tour mates with the obligatory confetti and strobe lights.

The tour will hit Philadelphia on June 24, 2017, at the Wells Fargo Center.