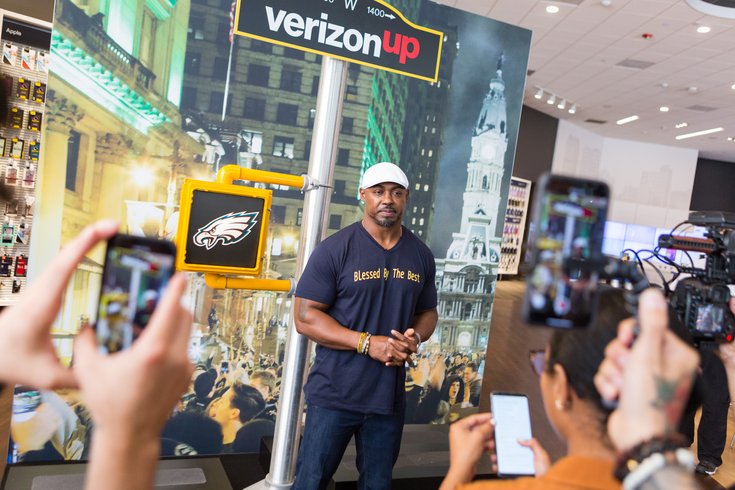 Eagles’ Hall of Famer Brian Dawkins gave fans a special surprise Wednesday when he appeared in Center City for a pop-up meet-and-greet at the Verizon Wireless store at 15th and Walnut streets.

RELATED: What they're saying about the Eagles: Brian Dawkins stole the show at Hall of Fame ceremony

As soon as word spread the former Eagles safety was going to be at the store, a line began to snake around Verizon, with “E-A-G-L-E-S!” chants echoing from the block for hours before his 12:30 p.m. arrival time.

A Verizon spokeswoman said that Dawkins was on location to do a retail appearance and promotion for Verizon Up, the company’s rewards program, and just in time for Thursday’s kickoff game. 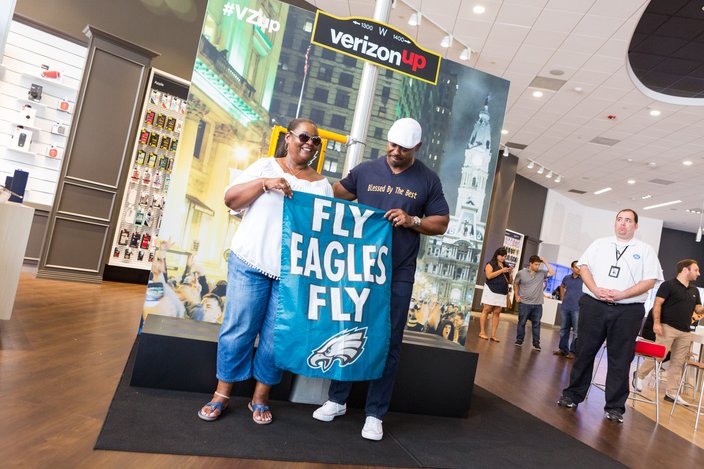 Jessica Thorpe, brand communications manager for Verizon, rattled off a series of questions, to which Dawkins, bearing a T-shirt reading, "Blessed By the Best," gave rapid-fire answers.

“Best word to describe you?”

“Something you’re afraid of?”

“Favorite sports movie of all time?”

“Favorite TV show of all time?”

“Player that influenced you the most?”

“One cause you feel passionate about?”

B.D.: “Do unto others as you would have them do unto you.”

“Would you trade your Hall of Fame jacket to play one more game?”

“Best chant against you that made you laugh?”

“Song that changes your mood?” 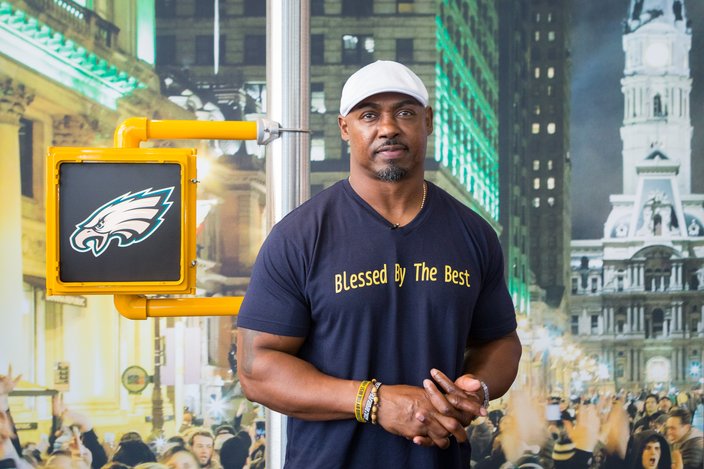 Don Sullivan from Princeton, N.J. said he was notified about Dawkins’ Center City appearance the night before by browsing through his Facebook feed.

“There was no doubt in my mind I was coming out here. One hundred percent,” he said.

“Even if the line were around the block, in blistering heat, I would have waited. I’ve been a diehard Eagles fan my whole life. I bleed green,” he said. 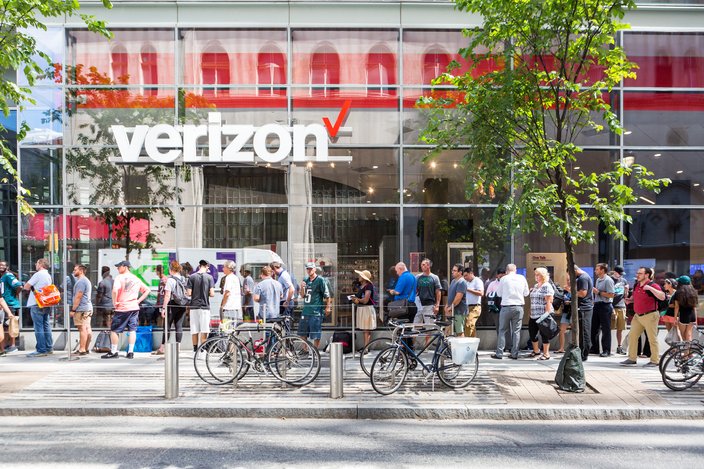 Karen Gardner of North Philly said that she was merely walking over to Verizon to pay her cell phone bill when she saw the long line and had to ask – "What for?"

“I was so happy to see him. I got a photograph. I got videos,” she said.

“I’m going to cherish this ‘cause I’m going to send it to my husband real quick as soon as I get out of the store. I’m a big Eagles fan. [Dawkins] is so handsome!” 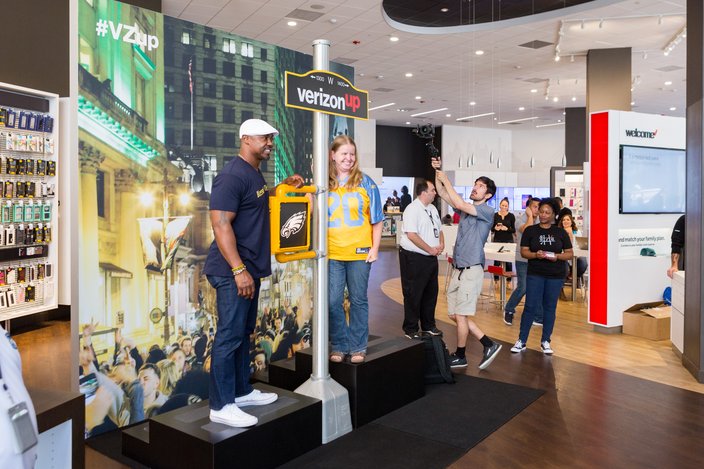