Brian Setzer belts out Christmas tunes with his Orchestra 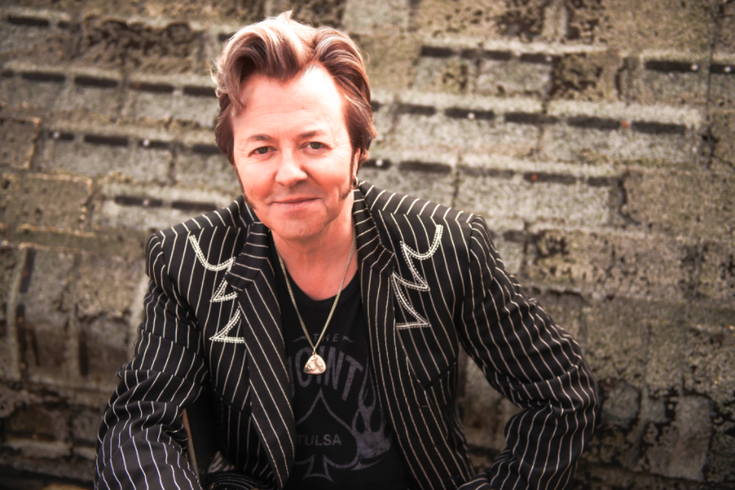 A generation ago, few rockers recorded Christmas albums and/or embarked on holiday tours. The same can be said for cruises and commercials. Cheesy recording artists hit the high seas and sell-outs sold snippets of their songs to Madison Avenue.

However, it's a very different fractured world in the music industry. Christmas albums aren't just the terrain of Barbra Streisand, Neil Diamond and Bette Midler.

"Why are all the Jews recording Christmas songs," Midler once cracked.

There are a number of holiday tours and the Brian Setzer Orchestra is one of the most successful acts riding the yuletide wave. BSO, which will perform tonight at the Academy of Music, is marking its 14th anniversary of the holiday tour.

"Who could have predicted how long that this would last," Setzer said.

"When we started out, I never would have guessed it would have gone on this long, but it's been great. I have no complaints."

Flash back to the '80s, and it's indeed surprising that Setzer is in the Christmas zone. The laid-back singer-songwriter played the bad boy greaser to the hilt writing songs about runaway boys who were happily on the road to nowhere. Now, he's singing "Rockin' Around the Christmas Tree."

"So many of the classic Christmas songs are really well constructed," Setzer said. "It's fun to play those songs, but that's not all we do."

Aside from playing such holiday staples as "Here Comes Santa Claus (Right Down Santa Claus Lane)" and "Jingle Bells," the stylish 19-piece orchestra pushes the pedal to the metal with Setzer's Stray Cats material.

"Stray Cat Strut," "(She's) Sexy and 17" and "Rock This Town" are typically staples in Setzer's set. He usually includes the Stray Cat cut "Gene & Eddie" and a raucous cover of AC/DC's "Let there Be Rock" at his shows. To mark the quarter-century anniversary, Setzer is releasing "25 Live!," which features live versions of "Gene & Eddie" and "Let There Be Rock." The neon, blue vinyl will drop on Nov. 24 on Black Friday Record Store Day at participating record stores.

"This is cool, since people love this style of music," Setzer said.

"It's not just me. People will buy the albums and come to the show. They appreciate what we do combining big band rock and roll with jazz elements. I love this style of music."

The Long Island native works the stage as he plays his Gretsch guitars with style.

"I've always enjoyed performing," Setzer said. "I remember what it was like during the early days [with the Stray Cats]. It was grueling, but I loved it. I still love going out there and having fun with the crowd."

Expect many more years of Setzer leading his orchestra.

"People talk to about me being with the Stray Cats, but I've been playing with the Orchestra for a lot longer. It's a blast. Why stop?"