The L.A. rockers will perform Sunday at the Fillmore 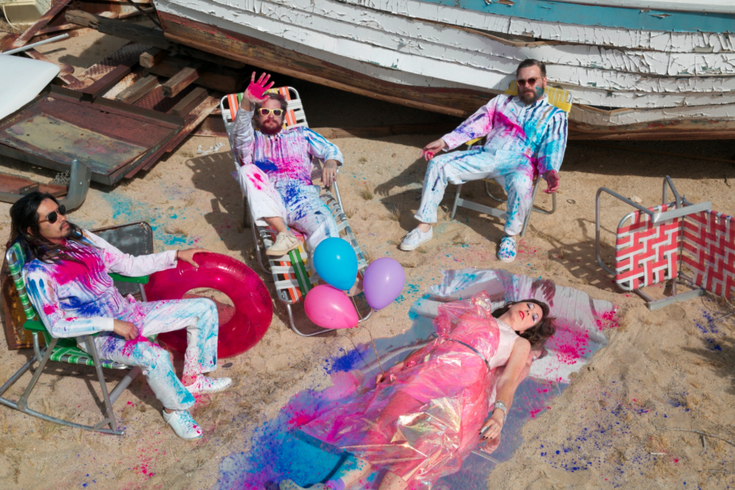 The band has maintained its original composure of Brian Aubert, Nikki Monninger, Christopher Guanlao and Joe Lester, since the beginning.

And then there's Brian Aubert. The Silversun Pickups vocalist-guitarist doesn't sound like Pearl Jam's iconic singer. Some would argue Aubert doesn't even sound like a guy when he belts out the songs he and bassist Nikki Menninger craft.

"I don't mind hearing that since I get that a lot," Aubert said.

"I think it's kind of cool to not sound like anybody else. Go back to the early days of rock and you had all of these unique voices. I'm fine not sounding quite like anybody else. It's cool because I never dreamed of being a singer. I just thought I would play guitar."

When Silversun Pickups formed in Los Angeles in 2000, the band didn't have a vocalist.

"No one wanted to do it," Aubert recalled. "You think someone in a band would want [to] sing. A lot of guys do solo projects because they feel stifled in a band. That's not so with us. We needed a singer. I gave it a shot and I'm so glad I did."

It's worked out for Silversun Pickups, which also includes multi-instrumentalist Joe Leste and drummer Chris Guanlo.

The band emerged out of Los Angeles’ hip Silver Lake scene courtesy of its quirky, atmospheric, but catchy songs. The hook-laden “Panic Switch” catapulted the band out of obscurity in 2009.

VH1 and satellite radio placed the emotionally charged song in heavy rotation. “Substitution,” “Bloody Mary (Nerve Endings),” and “Latchkey Kids” are some of the songs which have found airplay since “Panic Switch” established the band.

"I think we're pretty unique, and so it's great that we've had some success and a loyal group of fans," Aubert said.

"We know how difficult it is to succeed as a band. We remember what those early years were like. It was a struggle. It took years until things started working out for us."

The band, which was nominated for a Best New Artist Grammy in 2009, hasn't had a lineup change since the act started in earnest 15 years ago. 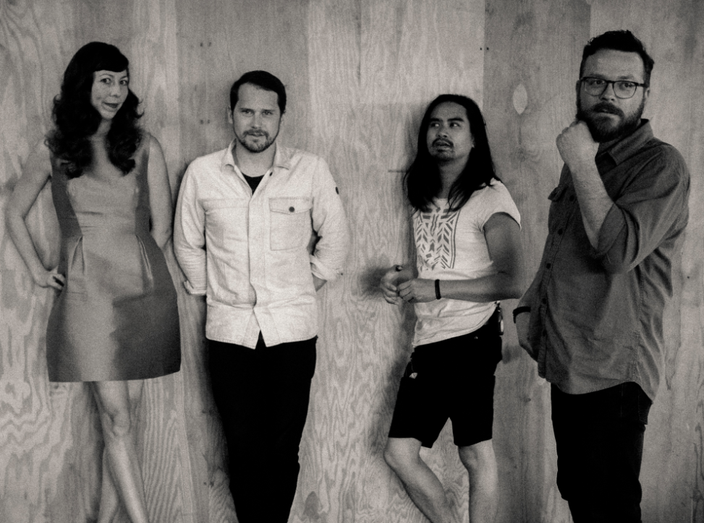 "Stability is always a good thing for a band," Aubert said. "We love being around each other. We all get along, which makes everything so much easier for us. I can see us playing together for years. We have so much more to accomplish. We've afield a great deal, but we need to raise the bar."

It's only been five months since Silversun Pickups, who will perform Sunday at the Fillmore, played the Festival Pier.

"We love playing Philadelphia since the crowds are always really up and enthusiastic," Aubert said.

"We'll go back there as much as we can. The fans there just don't stand there with their chins in the palm of their hand. They're enthusiastic and that rubs off on us, which is always a good thing."