Haley Reinhart embraces the songs of the '60s 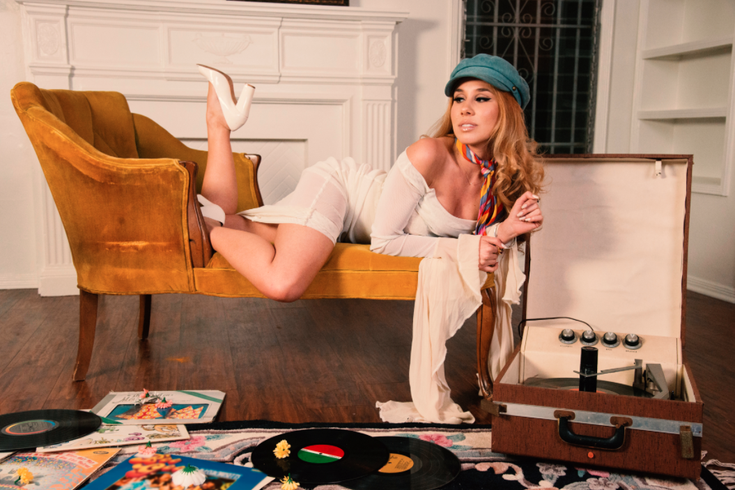 “My hair is very big,” Reinhart said while calling from New York.

“I have some beehive action going on. I’m wearing purple bell bottoms and a sunflower shirt. I’m all ‘60s looking right now and I feel great. Clothes express how you feel. It’s that way now for me and the way it was for me in high school when I got all dolled up to go to dances.”

Reinhart, 27, has showed off her fashion sense since she was competing on "American Idol" in 2011.

"How you look is an important form of self expression," Reinhart said.

But what separates her from the pack isn't her wardrobe, but her three-octave range. The energetic soprano doesn't need help from AutoTune.

Reinhart learned to sing and appreciate the songs of the '60s courtesy of her parents.

“You don’t hear many people in this industry giving credit to their folks,” she said.

“I give a lot of credit to my parents. I was very fortunate growing up with them because they understand music.”

Reinhart’s parents are musicians. They raised their daughter on jazz and ‘60s rock-pop. That inspired “What’s That Sound,” Reinhart’s third album, which dropped in September. The project is filled with Reinhart’s take on ‘60s classics.

It’s as eclectic as the flower power era was and includes such hits as The Zombies’ “Time of the Season,” The Box Top’s “The Letter” and Nancy Sinatra’s “These Boots are Made for Walkin.”

“The connection between the material on this album is that the songs are great,” Reinhart says.

“They’re amazing compositions. I heard so many of these songs when I was a kid and I loved them.”

Reinhart sung some of the songs which appear on “What’s That Sound” when she was part of her parents' cover band in suburban Chicago.

“I was only 8 at the time, but it was an amazing experience. We recorded a family record on our 8-track in our basement. It was cool revisiting the songs,” she said.

It’s not just about the era’s music. Reinhart is fascinated by how active people were politically and socially during the ‘60s.

“People actually stood up for what they believed in then,” she said. “They wrote protest songs and united for the good of the people. I hope that we can try and emulate that. It’s a very different time now. I love looking back at the ‘60s.”

Reinhart has no problem looking back at "American Idol."

"I have fans of the show come up to me all of the time," she said.

"I appreciate and love to talk about the experience. It helped launch my career. Without that show, who knows where I would be? Because of 'American Idol,' I have the chance to make an album like, 'What's That Sound.' Some people who were on the show might have had issues, but I have nothing but positive things to say. I look back on it fondly and I'm so excited about my future. I can't say where I would be now if it were not for 'American Idol.'"