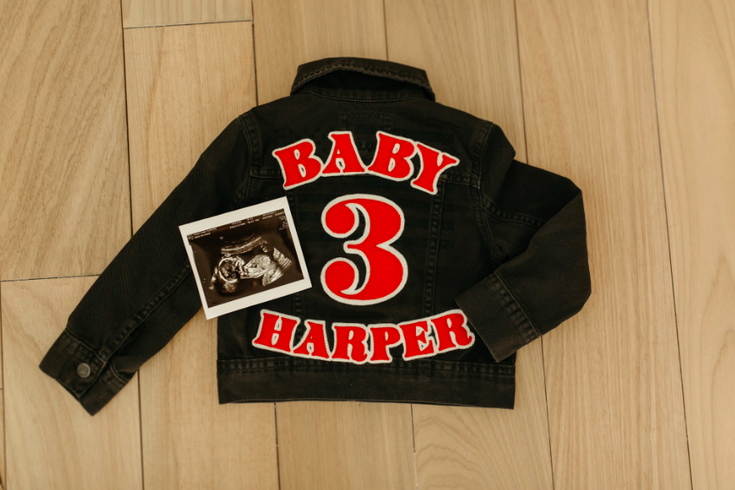 Bryce Harper and his wife Kayla announced on social media on Monday they were expecting a baby boy.

Phillies right fielder Bryce Harper is making good on his promise to lay down roots in Philadelphia.

Harper and his wife Kayla announced on social media on Monday that they're expecting their first child that will grow up right here in Philly.

Baby Harper is set to make his own debut in August 2019.

RELATED: Thanks to Bryce Harper, the best seats in baseball are at CBP

In early March when Harper was officially introduced to the organization, he alluded to the fact that he wanted to start a family here, saying he wanted to be "somewhere for a long period of time."

"Making my family. Digging my roots. For the good, for the bad," he said.

Here's what Harper — who, by the way, hit a pair of home runs over the weekend as the Phillies swept the Braves — said during his introductory press conference that makes us think, maybe we should have seen this one coming.

“It’s good to feel wanted by the Phillies organization, by the fan base, by the city as well," Harper said during his introductory press conference with the team. "I love my family very much and Philly is going to be a part of that family for a very long time … It felt like a home. It felt like somewhere I could be for a long time. And that was important to me. I’m gonna grow my family in this city, and that’s the biggest thing for me. I wanted to be somewhere for a long period of time. I wanted to finish my career somewhere, and they made that commitment to me, and I can’t wait to be a part of the Phillies for a long period of time."