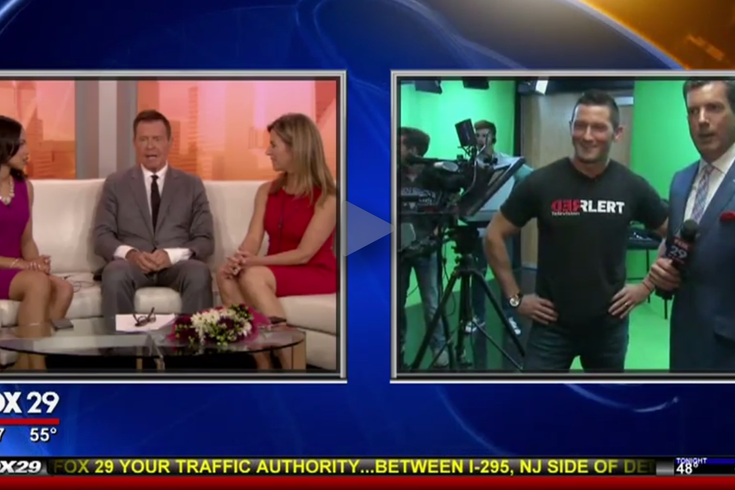 Perkasie's Richard Curtis, who won a chance to co-host 'Live with Kelly' in the fall, will co-host FOX29's 'Good Day Philadelphia' for a week.

Most national television personalities start at local cable stations before working their way up to the big broadcast networks. Richard Curtis is doing the opposite.

Curtis, a Perkasie native and teacher at Souderton High School, won a chance to co-host "Live with Kelly" for a day last fall after the abrupt departure of Michael Strahan. As the search for a permanent partner for South Jersey native Kelly Ripa dragged on, he was invited to co-host twice more.

Although the job's taken, don't close the book on Curtis' TV career. He was a guest on FOX29's "Good Day Philadelphia" Friday morning, and at the end of the segment, the always-outlandish Mike Jerrick asked Curtis if he'd fill in for him Monday morning while he takes an extended weekend for Mother's Day.

Naturally, Curtis accepted, and the station, in turn, decided to have him on for the whole week.

“Richard is a natural. You can see the impact he makes in the classroom; he’s made the same impact on TV," Jim Driscoll, FOX29 news director, said. "We can’t wait to have him co-host ‘Good Day’ with us all next week.”

Could this be the precursor to a permanent role at the station? Considering ABC wanted him back several times, we wouldn't rule it out.