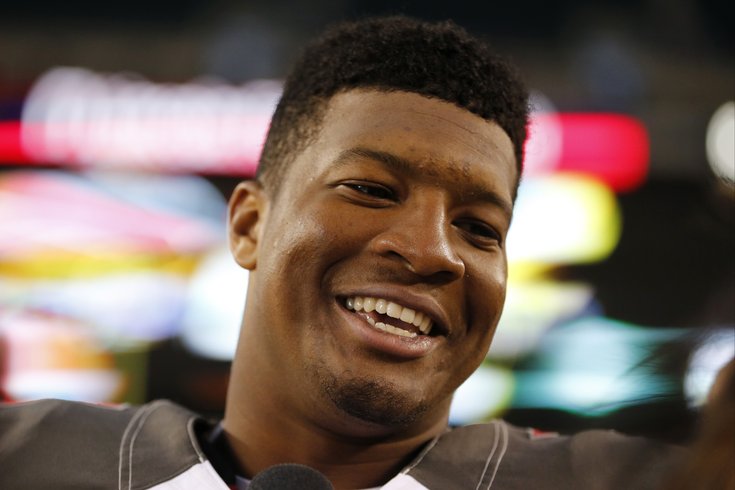 Tampa Bay Buccaneers quarterback Jameis Winston, the top-overall pick in the 2015 draft, had the best game of his young career Sunday at Lincoln Financial Field. He threw five touchdowns to five different receivers as his team blew out the reeling Philadelphia Eagles, 45-17.

But for Winston, it was more than just a career day.

He grew up an Eagles fan during their run in the early 2000s, and although he never saw him play live, Winston was a big fan of former quarterback Randall Cunningham. And after watching him shred the Philly defense on Sunday -- while also watching Mark Sanchez throw three interceptions -- Eagles fans may sink into an even deeper depression after reading what the former Heisman trophy winner said about how special this win was for him.

That has to hurt, Eagles fans (not named Jameis Winston). But it's about to hurt just a little more...

"I was even singing the fight song out there on the field," Winston added, referring of course to "Fly, Eagles, Fly." "I was singing, you better believe I was. It’s just a special day, but it’s just one day. You have to get better every single day so I have to look at the drawing board and get back at it.”

Now he's just trolling the fans. You're not allowed to sing that while you're embarrassing the team you're cheering for.

I wonder if he realizes how lucky he is that he faced this incarnation of the Eagles defense instead of the one that was lead by Jimmy Johnson and featured Brian Dawkins, Hugh Douglas and others. You know, the one he grew up rooting for...