Handing out 10 awards from the Eagles-Buccaneers game 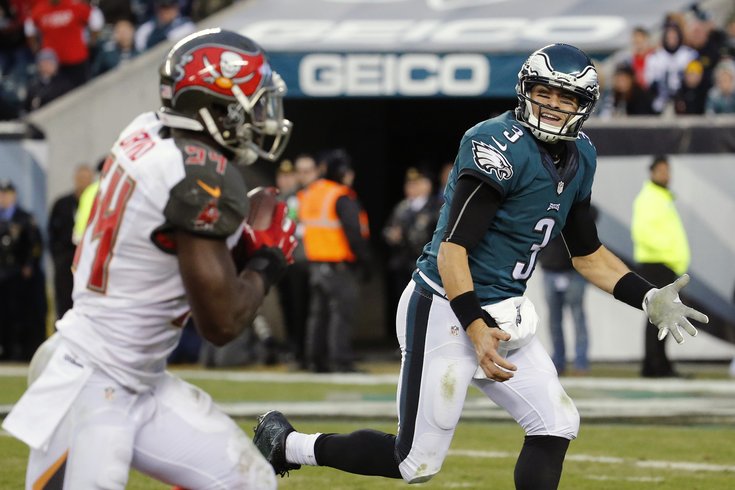 Yes, Mark, for the 84th time, the opposing defense can catch the ball too. This should no longer be a surprise.

Are the Eagles awful? You can find out the answer to that in our in-depth analysis piece here. But before we get to the big-picture questions in the wake of one of the worst Eagles games I've ever seen, as always, win or lose, we hand out 10 awards.

The Buccaneers ran for 283 yards against the Eagles on Sunday. 216 of those came in the first half. If this game didn't get so out of hand, Doug Martin might have set the all-time single game rushing record. He ended up with 235 rushing yards on his own. It's almost as if the Eagles were clearing the way for Martin to continuously get long gains.

2) The Stay on the Field Award: The Eagles' 3rd down defense

The Buccaneers finished this game 10 for 16 on third downs, which is awful, but even worse considering that at one point they were 10 of 13. The final three misses came in garbage time when the Bucs were either killing clock or dropping TD passes. Nine of the Bucs' 3rd down conversations came on 3rd and 4 or longer. Two came on 3rd and 10 or longer. Three of their conversions were touchdowns.

Talk to me when you're MVP of the Pro Bowl, bro.

There are 30 active NFL quarterbacks with at least 1,500 career pass attempts. Of that bunch, Mark Sanchez has the worst active career interception percentage in the NFL. Over his seven-year career, he has thrown an interception on 3.75 percent of his passes. Against the Bucs, he threw three picks, one of which was returned for a touchdown.

Mark Sanchez is a giver. 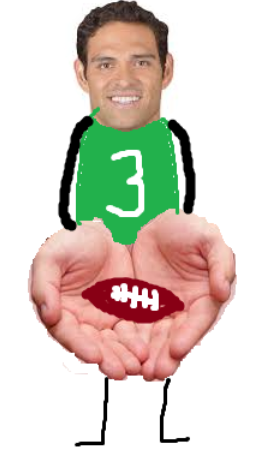 Remember when the Eagles were down by 24 with five minutes left and they kicked a field goal on 4th and 7?  I mean, not that they were going to win no matter what they did, but ... Lol.

6) The 'Who's Good?' Award: College quarterbacks

Perhaps it's time for Eagles fans to start watching the standings. And no, I don't mean the division leading Giants. I mean the teams with worse records around the league who the Eagles could leap in the draft order between now and the end of the regular season. It's pretty clear that they're not going anywhere until they have a franchise quarterback, and it's equally clear that the only way they're getting one is through the draft.

We've been profiling college quarterbacks since the offseason. You can start studying up on the following guys below (and others as we continue on with it):

7) The 'Best Team in Philadelphia' Award: The Eagles

Despite how bad the Eagles are, they're still the best team in Philly. How sad is that?

8) The 'You Complete Me' Award: Miles Austin

This game wouldn't have been complete without a Miles Austin dropped pass. And sure enough, he dropped one in garbage time. One target, one drop. This game reminded me of the scene in Trading Places where there's a severe string of things going very wrong for Dan Aykroyd. The Austin drop, for me, was kind of like the end of that scene when Aykroyd tries to blow his brains out, but the gun misfires.

I guess one thing that can be said for the Eagles-Bucs game is that it can't get any worse. Yeah? That's what everyone thought last week.

At the end of the day, the Eagles are still only a game out of first place in the atrocious NFC East, which is really kind of worse in a way. It would almost be more satisfying for many Eagles fans if the Eagles were just dead, not dead men walking. 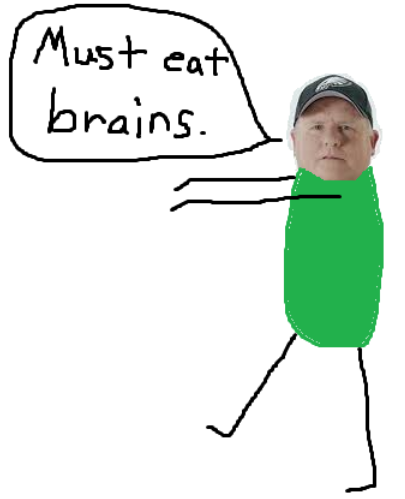