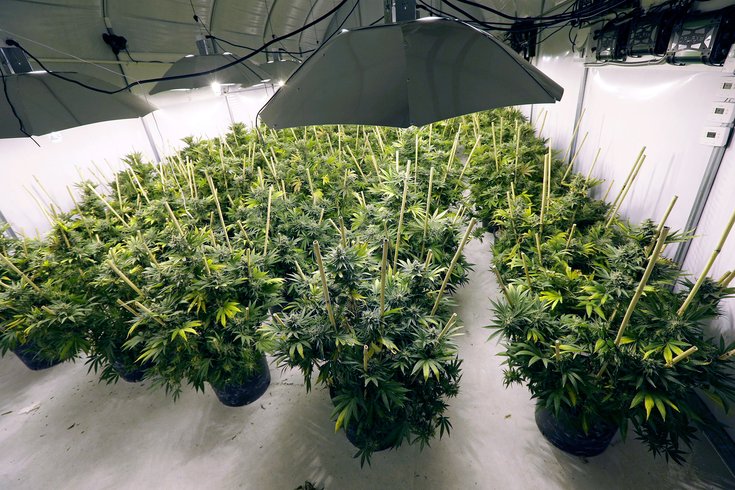 You could smell it for about a block. The breeze must have been just right, giving away the obvious. The guys huddled in the corner outside an Old City bar were vaping more than just tobacco. And this wasn’t the first time a person might stumble across the distinct smell of wacky tobaccy in public. Ever since Philadelphia decriminalized small amounts of marijuana a little more than a year ago, arrests have been going down – way down (more than 70 percent fewer citations over weed, say the police) and people have been, well, burning the justice.

For the folks at Greenhouse Ventures, a business accelerator specific to the emerging cannabis industry, it’s a good time to shed some light on the economic potential of the industry. With a roster of entrepreneurs behind Greenhouse that reads like a who’s who of Philly – everyone from David Dinenberg of Kind Financial to Lindy Snider of Lindiskin – Greenhouse is getting ready to host one of its biggest events on the East Coast.

The Innovation in the Cannabis Industry: Technology, Medical & Investment kicks off in Philly on April 30 at the Chemical Heritage Foundation. Tyler Dautrich, Greenhouse Ventures founder, says the event will be critical in developing the East Coast arm of the industry in the very home of American Revolution.

“For the past few years the East Coast has been only focused on legislative issues to advance the medical side of the industry, which is definitely important,” he says. “However, there’s much more to talk about.”

On tap for the event are a slew of experts like Philly’s own Dinenberg, who will discuss how his financial firm is implementing tech solutions to solve the cash-only dilemma burdening the industry no thanks to federal restrictions. Snider, also from Philly, will examine business trends related to the burgeoning “cannabiz.”

“If researchers can disseminate more education around medical trials to the general public,” he says, “opponents of legalization will lose a major weapon in delaying legalization.”

It could not come at a better time considering that there are 10 states on the East Coast currently debating some form of legislation related to marijuana use. Dautrich firmly believes that the East Coast – and Philly especially – is poised to become the next major cannabiz market.

“All the legislative debates have been geared towards identifying the ‘qualifying conditions’ that medicinal cannabis can actually treat and how much access should we allow patients to have,” he explains. “Very few, if any, East Coast states have discussed the economic benefits that the business-side of the industry could bring outside of the medicinal space.”

Economically speaking, the business leaders involved in the conference are confident the industry can add tremendous opportunity to the region based on what’s already happened out west. Colorado, for example, saw roughly $1 billion in legal cannabis sales last year alone.

Interestingly, Philly’s potential as capital of the East Coast cannabiz has historical roots. “Philadelphia has deeply rooted history in the medical research field,” says Dautrich. “Philadelphia, in addition to Boston, has led the East Coast in med-tech innovation for decades.”

He predicts that if Philadelphia businesses can leverage the region’s strong medical and research assets, it could light up the East Cost cannabis industry in a big way. “If researchers can disseminate more education around medical trials to the general public,” he says, “opponents of legalization will lose a major weapon in delaying legalization.”

A doctor makes his case

Dr. David Casarett, director of Hospice and Palliative Care at Penn Medicine and a professor of medicine at UPenn’s Perelman School of Medicine, is one of five medical experts participating in this month’s event. The author of Stoned: A Doctor’s Case for Medical Marijuana, has been seeing firsthand how medical marijuana could ease persons who are gravely ill or dying in a humane way, especially those people who cannot tolerate the usual parade of prescription drugs.

“For many people – for whatever reason – prescribed drugs don’t work,” says Dr. Casarett. “For those people, marijuana could be a useful addition.” He says the drug is particularly effective for treating the symptoms of neuropathic pain, or pain due to nerve damage. People with this hard-to-treat disease are currently plied with drugs that often come with a slew of unpleasant side effects, turning them to marijuana for relief. The upside is that the marijuana can lessen the need for other drugs, offering an overall better quality of life for chronic pain sufferers without needing opioids that we all know can cause life-threatening addiction issues. The downside is many of these patients have been forced to buy marijuana on the streets.

“There’s also some evidence that marijuana and its cannabinoids can be effective in treating nausea, muscle spasm, and loss of appetite in the setting of serious illnesses like cancer and AIDS,” says Dr. Casarett. For this reason he’s become a proponent of medical marijuana legalization, and would like to see the drug taken off the streets and sold legally with regulations that would reduce the risk of the drug being contaminated by bacteria, fungus and even other drugs. “If it’s legal,” he says, “at least people will be able to get marijuana whose content is known.” If you are someone like Dr. Casarett who has spent years treating the dying in the most comfortable manner possible, this hardly seems like an unreasonable request.

Legalization would give patients options, something that more desperate cases can never have too many of. And while the doctor admits that cannabis is not always the best option for everyone, he would like to see patients who are finding relief with it to be able to have it, an issue he will discuss at length later this month.

He’ll be joining about a dozen other experts in the field who will be considering business innovation, investment trends and technological advancements related to the cannabiz. A major focus will be on the medical impact of the drug, which is especially timely given PA’s recent decision to legalize marijuana for medical use.

“The markets that have proven to be the best for both patients and the state’s economy have been ones that do not have countless amendments on the primary piece of legislation,” explains Dautich, “ones that are not restrictive to the patients who need this plant the most.”

The most sympathetic proponents of medical marijuana of late have been parents with sick children and veterans suffering from chronic physical pain and PTSD. As more people see the benefits that marijuana can have on, for example, preventing a child’s debilitating seizures to helping a veteran live a more normal life, the more people seem to be getting on board with legalization.

According to a Quinnipiac University poll of registered voters in Pa., a whopping 88 percent of respondents say they approve of legalizing marijuana for medical use, which might explain why legislators moved forward after stalling on the decision. It’s simply no longer a controversial issue. But it takes a lot more than a passage of a law to change the culture and to create a viable business platform.

“Pa. has the potential to become one of the leading states on the East Coast for medical cannabis if a proper ecosystem of support is in place,” says Dautrich, “and while that begins with quality legislation, we understand it takes a combined effort from established business owners, medical researchers, investment organizations, patient advocacy groups, and more public-facing events.”

Tickets are available for the event by clicking here. PhillyVoice readers are invited to use an exclusive promo code (ghvPhillyVoice) that will provide the first five ticket purchasers with a 15% discount on the ticket price.