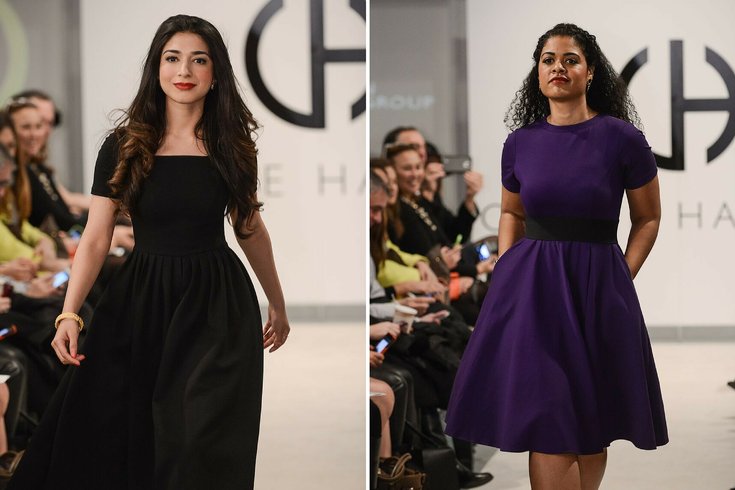 Last spring, France voted to ban “excessively thin” runway models according to guidelines set by the World Health Organization. The new law required models to obtain a doctor’s note showing a minimum body mass index of 18. Agents who hired underweight models without such documentation could be fined up to 75,000 Euros ($82,000) and/or face up to six months in prison.

If such penalties seem like overkill, consider the fact that eating disorders are a matter of life and death for models and laypeople alike. The French government estimates 30,000 to 40,000 of its citizens suffer from the disease, which carries a 4 percent mortality rate.

Some argue that punishing high fashion by imposing strict laws that further police women’s bodies only perpetuates the problem. Forcing naturally thin models to gain weight is just as unethical as forcing naturally curvy models to starve into that notorious sample size 0. And so France’s latest amendment says models only need a doctor’s general bill of health before they’re deemed fit for the catwalk.

This new emphasis on individual health over government statistics might be a step in the right direction. But emerging American designer Carrie Hammer suggests we’re tackling fashion’s rigid beauty standards from the wrong angle entirely. Instead of focusing on how models look, Hammer insists we should care about what models do and who they are. It’s this sentiment that inspired her #RoleModelsNotRunwayModels campaign, which promotes the belief that models should inspire success, not aesthetic beauty. 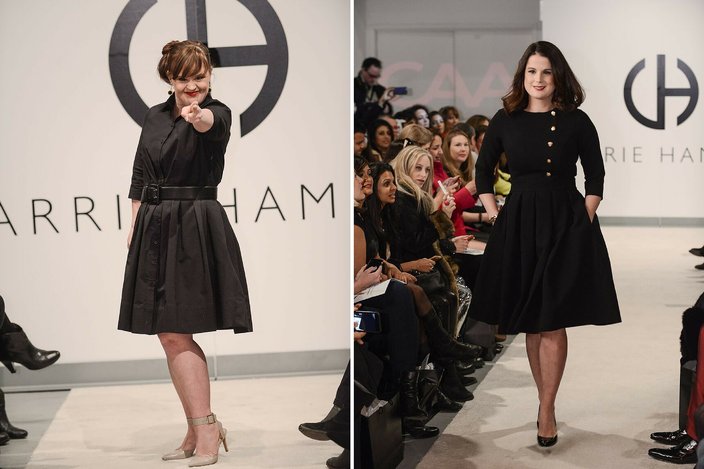 When her custom professional women’s clothing line made its debut at 2014’s New York Fashion Week, Hammer was the first to eschew traditional runway models in favor of career women who’d actually wear her designs in real life. Instead of casting models as coat hangers, Hammer features everyday heroines, including transgender activists, multibillion-dollar business owners, Olympic athletes, and celebrities like Jamie Brewer, an actress with Down Syndrome best known for her role in "American Horror Story."

Hammer says the decision to cast real-life role models is about inspiring both consumers and designers to have more confidence in their work.

“I’m not afraid of my models outshining my clothes,” she told PhillyVoice. “The clothes are supposed to compliment the women, not the other way around.”

It shouldn’t be surprising that a woman like Carrie Hammer demands more than looks from her models. After all, she is more than your average fashion designer. The UCLA grad with degrees in Economics and Women’s Studies approaches designing from a business standpoint -- and not just her business, but her clientele’s, too. 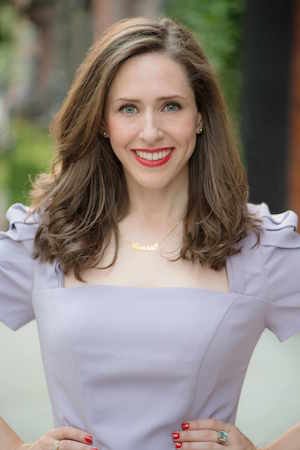 Indeed, the Carrie Hammer brand was founded to fill the fashion industry’s gaping lack of custom-fit contemporary women’s workwear. When Hammer herself couldn’t find a women’s clothing line that offered individually tailored garments, she learned how to make her own. After so many women stopped her in the streets, dying to know where she got that dress, Hammer enrolled in Parsons Paris School of Art & Design to hone her craft, and the rest is women’s history.

“I think the problem stems from the fact that men have been in the workplace so much longer than women and women’s fashion just never caught up. So much of men’s clothing comes from dressing up for work. That’s why so many women are frustrated with trying to find things to wear to work because the industry just never learned to cater to women that way.”

Women have spent millennia being objectified and thus, as a society, we’ve come to regard women’s clothing as passive adornment, not a vehicle for professional success. As a result, the fashion industry’s female beauty standard fetishizes youth as a show of inexperience, thinness as it suggests weakness and passivity.

Hammer insists our culture’s beauty standards are as senseless and unrealistic as they are susceptible to change. Which might come as a surprise to generations of women who grew up worshipping youth and thinness as a religion.

“Now that I’m on the industry side of things, I’ve come to realize that changing fashion’s beauty standards should be easy," she said. "A lot of emerging designers think that in order to succeed they have to be like everyone else. And that is a misconception.”

Ultimately, for Hammer, fashion is art and art is about making waves. It’s about paving a new path that is beautiful, and satisfying, and empowering to the consumer.

“I think the industry at large and the press were completely shocked to see me cast role models and not runway models at first. But once everyone realized how thrilled the consumers were, there were nothing but positive reactions all around. People were just so thirsty for it.”

Hammer's fashion shows aren’t just challenging our ideas about beauty; they’re forcing us to reevaluate what we value about women. After all, what is a model, if not a role model?

“I always say a role model is someone who leads by positive example in whatever she does," Hammer said. "Your second-grade teacher can be just as much of a role model as someone who owns a multimillion-dollar company. It’s not about how much money you make, or even how many people you lead: if you lead with integrity, professionalism, and a positive attitude.”

In order to showcase the greatest diversity of women, Hammer casts new role models each season. So far, 125 role models have walked the runway. And while she says she’d love to work with big names like Oprah Winfrey and Hillary Clinton, there’s no shortage of equally outstanding women waiting in the wings; her list of role model nominees is over 700 names long.

Hammer's shows have been a smashing success, but she’s far more concerned with the success of the movement.

“I’ve made it my life goal to shift the definition of beauty toward role models, not runway models. I want to show women worldwide that beauty is not just 2D; it is 3D. I’ll be thrilled to see more people hop on board," she said. "I’m calling it the Runway Revolution.”