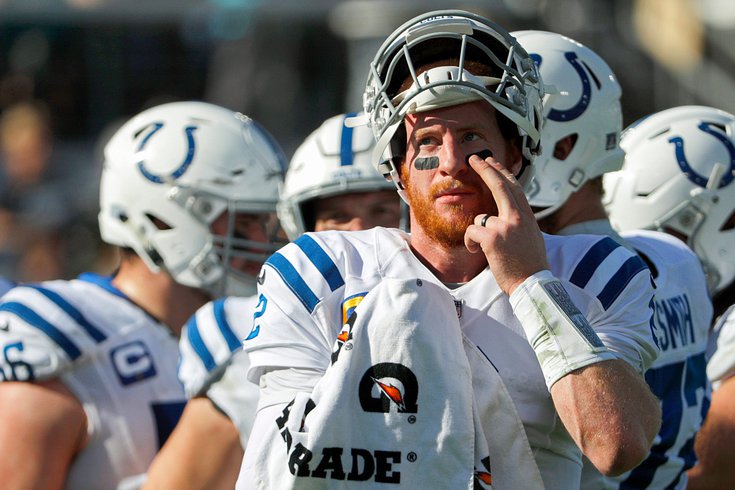 Heading into their matchup with the Jacksonville Jaguars, arguably the worst team in the NFL, the Indianapolis Colts were 15.5-point favorites in a "win and in" game. They fell 26-11, in what has to be one of the worst losses in the history of the Colts' franchise.

Consecutive losses with a playoff berth on the line to teams with interim head coaches.

Have watched this team for a long, long time. I cannot think of a worse loss than this one.

Carson Wentz had a disastrous performance, completing 17 of 29 passes for 185 yards, 1 TD, and 1 INT, though the numbers don't adequately convey how ineffective he was for the Colts on Sunday. He also lost a fumble on a vintage "2020 Wentz" play in which he tried to throw a shovel pass instead of just eating a sack.

Even with the loss, the Colts weren't immediately eliminated, but when the Pittsburgh Steelers beat the Baltimore Ravens, their fate was sealed.

As you're all aware, the Colts' elimination from the postseason is great news for the Philadelphia Eagles, who own the Colts' first round pick. We'll see how the late afternoon games shake out, but that pick can land as high as 16th overall.