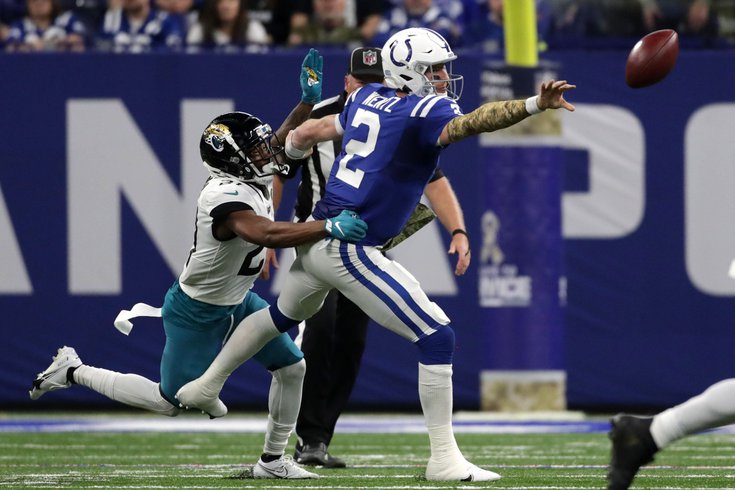 The Eagles will be rooting for a Colts meltdown today in Jacksonville.

The hard part of the weekend is over for Philadelphia Eagles fans, as the Birds' backups and practice squad guys took their lumps Saturday night against the Dallas Cowboys.

Sunday's slate of games in the NFL actually has more intrigue than the Eagles' game, as the rest of the action around the league has implications on the Eagles, whether it's for draft positioning, playoff opponents, their 2022 schedule, or just good old fashioned spite. Be sure to check out our non-Eagles Sunday rooting guide for all the details.

Feel free to discuss the action around the league in the comment section below.