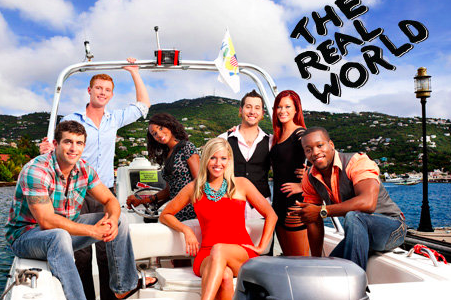 In its heyday, as a precursor to the proliferation of reality television, MTV's "Real World" captured the best of the drama that ensues when young urbanites are thrown together under a single roof and asked to coexist to complete challenges, overcome factions and provide absorbing entertainment.

To the extent that "reality" is understood very loosely in these shows, and we now see more representative slices of life in web series, it's fun to consider what producers think it "takes" to be a viable cast member.

People of Philadelphia, here's your big chance. MTV has scheduled a series of casting calls for the next season of "Real World" and one of the events, hosted by Bunim/Murray Productions, will be held April 9 at Paddy Whack's Irish Sports Pub, located at 150 South Street.

All prospective cast members must be at least 21 years old by June, but beyond that requirement, it seems that you'll just have to bring your "A" game, have an interesting life and display a penchant for triggering the viewing public's voyeuristic impulse.

MTV specifically says it wants people who have "surprising and unusual life stories that have yet to be told on television."

Apart from yourself, all you have to bring is a recent headshot and a photo ID. Also, for what it's worth, you'll have to look like you're between 20 and 24 years old, so you may want factor that into your wardrobe preparations.

Details about where "the true story of seven strangers" will unfold for season 32 have not yet come out. In 2004, Philadelphia hosted season fifteen in Old City's historic property at 249 Arch St.. The building was purchased in December by global cloud services firm Linode for $5 million and will serve as the company's new headquarters.