Here's what you should know about drinking the trendy, yet gross-sounding celery juice

The 'miracle juice' is trending on social media — but how healthful is it? 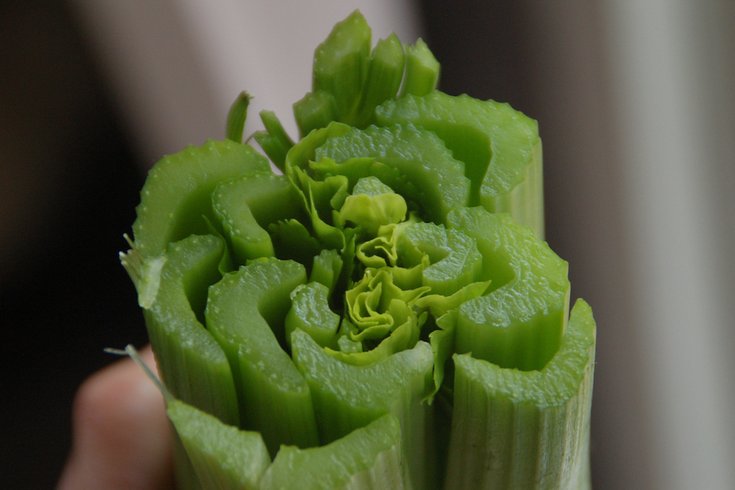 Like most wellness trends that pop up, you see *insert trend here* photos populating your Instagram feed as influencers and regular Joes and Janes hop aboard.

Most recently, the major trend you've likely seen on your feed is a green juice, but it's not any ol' green juice — it's celery juice. While it may sound very confusing to drink this vegetable that's most commonly consumed alongside buffalo wings (if then, even), many people have been drinking the "Kool-Aid", so to speak, because the blend supposedly packs a myriad of health benefits.

PhillyVoice explores all things celery juice — including the genesis of the trend and whether its alleged health benefits are real or B.S. — below.

MORE HEALTH: So, what's the deal with activated charcoal?

HOW IT ALL BEGAN

Celery juice is considered to have been popularized by medical medium (but not licensed health professional) Anthony William, who started juicing (and talking about) straight celery years ago. In an article he wrote for Goop, Williams refers to celery juice as a "miracle juice."

"It’s one of the greatest healing tonics of all time," Williams said. "I’ve seen thousands of people who suffer from chronic and mystery illnesses restore their health by drinking 16 ounces of celery juice daily on an empty stomach."

After reading that statement, you might think the whole celery juice thing is a little too "woo-woo" for anyone in the right mind, but stay with us — there are *some* legitimate health benefits, though it's unlikely the drink is a miracle worker.

Any nutrition information chart can tell you that celery contains high amounts of dietary fiber, vitamin A, vitamin C, vitamin K, folate, potassium and manganese. Women's Health notes celery's other nutritional accolades to include that it's a good source of: riboflavin, vitamin B6, pantothenic acid, calcium, magnesium and phosphorus. Plus, it's low in calories, saturated fat and cholesterol.

According to Men's Health:

A 2013 study showed that people with mild to moderately elevated blood pressure were able to lower their numbers by taking celery seed extract. Researchers believe this benefit is due to a chemical compound called butylphthalide, which some studies suggest may keep your brain healthy and reduce risk of stroke. In 2014, a study conducted in gerbils found that a flavonoid in celery lowered inflammation and slowed the growth of cancerous tumors. But these studies are preliminary, and more research is needed in humans before doctors will recommend eating celery for brain or heart health,.

"There is currently no scientific evidence to suggest drinking celery juice will have any of the advertised health benefits. While celery juice is safe to drink and can be part of a healthy diet, it is not the superfood it is made out to be," dietitian Natalie von Bertouch told Women's Health. Plus, consuming celery as juice, instead of its whole form removes most of its fiber.

Women's Health also notes that celery juice could also negatively affect people on anticoagulant drugs and can lead blood clotting due to its high levels of vitamin K. Additionally, celery is quite high in FODMAPs which can worse symptoms in people with Irritable Bowel Syndrome.

"There isn't much scientific evidence to support the majority of health claims about drinking celery juice. In general, if a food fad, diet or service sounds too good to be true, you can assume that it is."

To wit, Malkani notes the popularity of the trend is likely due to "the beautiful green color of celery juice also lends itself to gorgeous photos in an Instagram feed."

Regardless, you'll still inevitably see posts on social media like this:

My favorite morning routine: 🌿CELERY JUICE🌿. . I have been drinking 16 oz of celery juice (using @breville juicer) on an empty stomach every morning for the past 2 months and I am loving how it makes me feel. (Highly recommend if you struggle with GI issues like me😊) . Check out @medicalmedium for the lowdown on this healing veggie. . Some celery juice benefits (especially beneficial for people with chronic/mystery illnesses). 🌱Clears skin. 🌱lowers inflammation. 🌱helps with digestion. 🌱reduces bloating. 🌱protects liver health & so much more.... . Have a great Friday and feel free to message me if you have any questions about my experience with it!!!😘

All in all, you can drink celery juice if you want, heck you can even simply chew it, but the main take-away is that it probably doesn't do all of the wonderful things people on social media say it does.

Celery is a healthy vegetable to consume in either form, but like activated charcoal, it's not going to do anything for you that a healthy, well-balanced diet wouldn't.